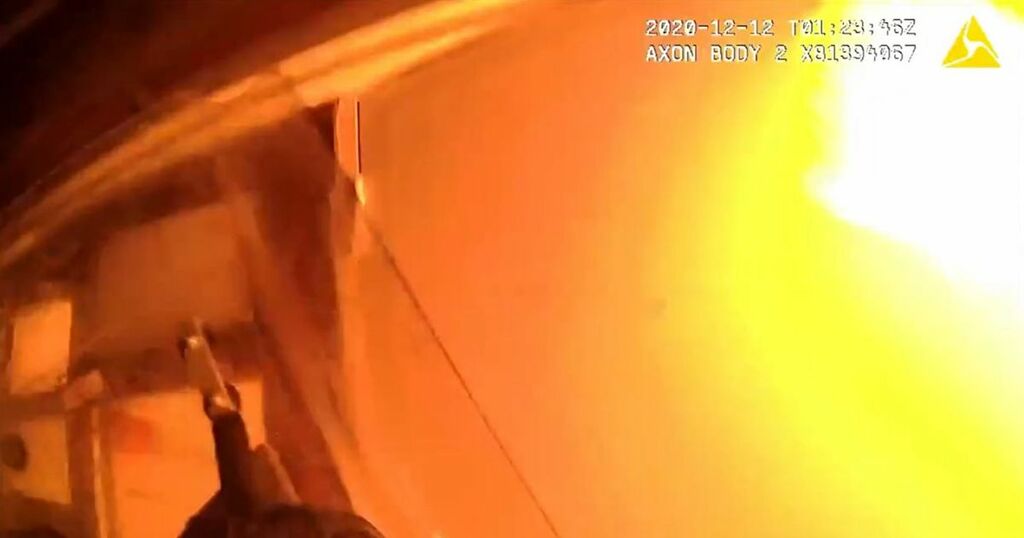 Terrifying footage has been shared of the moment police officers were doused in petrol and a man set a property on fire in Bolton.

Following the horrifying incident, Christian Smith, of Higher Market Street, was jailed for three and a half years.

It shows police officers attending a property on Higher Market Street, Farnworth, which 52-year-old Smith was in, on December 11 last year.

Shouting can be heard as one officer says: “Petrol, he’s tipping it out the window.

“Get back!”, one officer says, before adding, “we need to back off.”

Cops then retreat back into the street.

The video then shows officers returning to the property, storming up the stairs with riot shields.

After a confrontation with a man, flames erupt from inside the building.

“Stop, fire!”, one officer shouts as they begin to withdraw from the scene.

“Fire — back, back, back,” he adds during the chaotic rush away from the blaze, which appears to be extinguished soon after by Greater Manchester Fire and Rescue firefighters.

Following the incident, one officer had to be taken to hospital ‘where he received treatment from an eye specialist for suspected chemical burns from the petrol’, the video added.

Timestamp from the video shows officers arresting Smith at 1:28am on the morning of December 12.