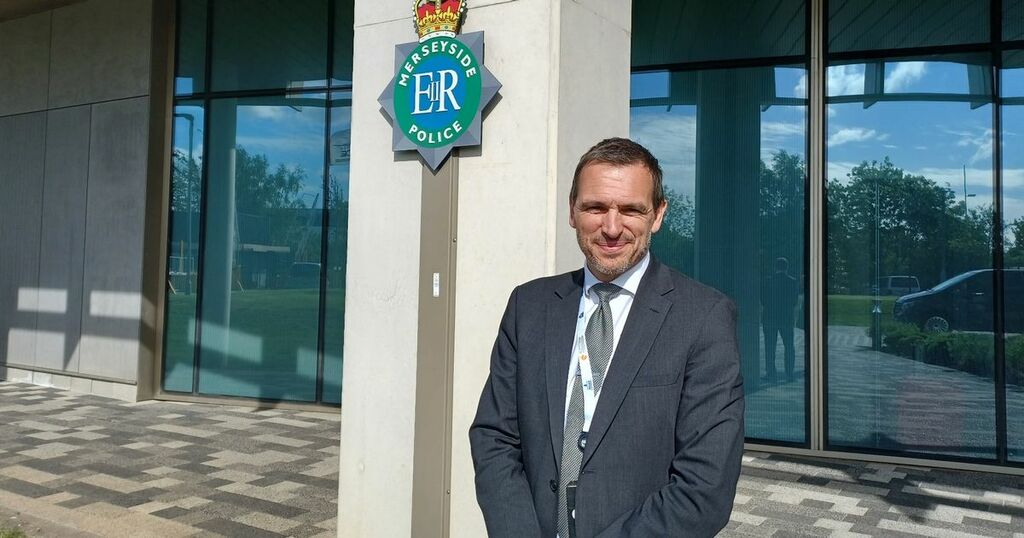 High-level organised criminals have been fleeing the country after being exposed by the EncroChat encrypted phone hack, according to a top detective.

Detective Chief Superintendent Mark Kameen, head of investigations at Merseyside Police, told the ECHO the infiltration of the network by French and Dutch police was the most "impactive tactic" against organised crime policing has seen. DCS Kameen spoke at the launch of a two-week firearm surrender, which enables anyone with an illegal or unlicensed firearm to hand it over safely without fear of prosecution.

Despite some recent serious shootings, including the wounding of a 15-year-old girl caught in crossfire at a Toxteth bus-stop, Merseyside is experiencing a 20-year low in the number of firearms discharges, with 43 recorded in the last financial year against regular totals of between 80 and 100 within recent years.

READ MORE: Gangsters 'could have hidden a gun in your garden' detectives warn

The ECHO asked DCS Kameen what role the Encrochat investigations had played in gun-crime, and whether there were any signs of violence linked to power-struggles following the removal of high-level gangsters from the streets.

He replied: "We're not getting that sort of vibe from it. Encro has been absolutely phenomenal, and from my point of view has been the single most impactive tactic against serious and organised crime that policing has ever experienced.

"We have taken out lots of serious and organised criminals. You're right, that can create a vaccum, but what we're not seeing for example, is the firearms discharges that you might have seen in the past as a sort of battle went on as to who was going to control a particular area or drugs graft. We're not seeing that at this time.

"I would like to be able to say that is due to some effective local policing in terms of visibility, we're arresting and charging people effectively. I know that some of our Encro criminals have now left the country. So that might be a contributing factor, they're not here to have physical disputes that maybe then triggers firearms discharges.

"They have been using Encro, and seeing what has happened to other criminals and therefore decided its safer just to leave. I have spoken about this at length previously, but we will be relentless around that."

DCS Kameen said the force is still only around half-way through prosecuting the hundreds of offenders identified as involved in serious and organised crime via EncroChat, and said in recent weeks high profile arrests had been made overseas.

He said: "It's so impactive, it's almost go straight to jail effectively because the evidence is so powerful. And this is why I think some criminals have decided it's safer for them to leave the country. But we are continuing to investigate, that won't stop us, we will be waiting for you and we will be working with other law-enforcement agencies across Europe to ensure we track you down."

DCS Kameen said there have been arrests of "significant individuals" linked to EncroChat in Europe within the past fortnight.

DCS Kameen said "one discharge is one too many", but highlighted that despite the recent flurry of incidents the trajectory of firearms discharges for the 2022/23 year was below last years total of 43 - a figure that marked the lowest number of shootings in 21 years. He said: "We're relentless in our pursuit of serious and organised crime. We're enjoying, if that's the right word, lots of success in reducing our numbers of firearms discharges, so 43 this last year.

"On one hand we celebrate that because we had been having 90 to 100 in a year, so there has been some fantastic work there. But, at the same time, I'm really alive to the fact that 43 is still an awful lot and if you are the victim of those discharges or if you live in that street and that community, how terrifying must that be to have somebody or somebody's house shot at where you live.

"This is why it's so important, because if we can get one gun off the street it can make a real difference and what we saw just a couple of months ago with the (15-year-old girl) shooting, when she was an innocent schoolgirl stood in a bus-stop, caught in the crossfire, this is why it's so vitally important that communities work with us."