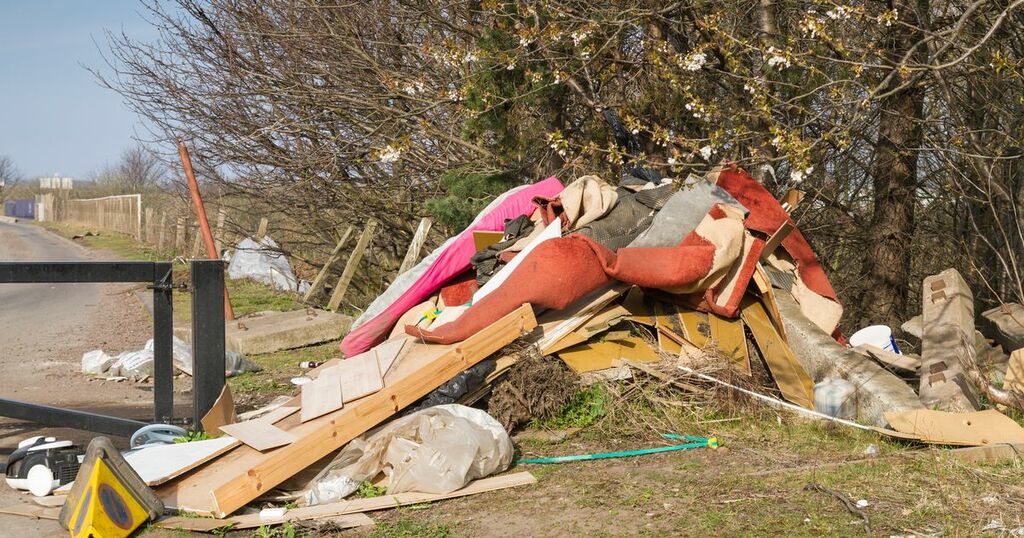 WARNING: DISTRESSING IMAGES: A mum has complained about finding rats in her garden, which she claims come from fly-tipping and…

Residents in a quiet residential street in Gorgie were left terrified after an explosion could be heard on the evening of Sunday 8 May 2022.

Eilidh Montgomery, who stays on Wardlaw Street, say that they heard an explosion at around 10pm that night and when they looked out of their window they noticed a bin engulfed in flames.

They immediately phoned the Scottish Fire and Rescue Service (SFRS), as they feared the debris from the fire would spread to nearby parked cars.

They believe that the fire was started by someone throwing the end of a lit cigarette into the bin that they say had not been emptied for almost two weeks.

Eilidh added that the bins are often not emptied due to double parking and that the waste lorries are unable to access the communal bins due to residents' double parking.

They added that the problem is exacerbated by the fact that the site is used regularly for fly tipping and residents dumping their waste.

The resident said: “It was around 10pm Sunday. I heard what sounded like a gas canister exploding and got quite the fright.

“I’m on the ground floor on Wardlaw Street and not far from the site.

“I thought at first that it was one of the cars parked by the bin. I phoned the fire brigade immediately, they said an engine was on its way, I was one of six simultaneous calls.

“That bin was over full, and bags were stacked behind and in front of it - there’s a lot of double parking so the bin doesn’t always get emptied regularly.

“It’s the first time in the 6 years I’ve been here that it’s happened - I think someone chucked a cigarette in and the buildup of gas from the full bin - which I think was last emptied two weeks ago - made it go up with a bang.

“There were three explosions so I think there may have been cans/bottles etc in the bags around it.

“The bins definitely don’t get emptied as often as they should and there is a lot of fly tipping. Never seen this happen, but the bins do get crammed. I’ve had to contact the council a few times over the past 6 years to get bins emptied.”

The SFRS confirmed that they attended the scene and that there were no reports of injuries.

In a statement, a spokesperson for the SFRS said: “We were alerted at 10.57pm on Sunday, May 8 to reports of a large bin on fire in the Gorgie area of Edinburgh.

"Operations Control mobilised one appliance to the city's Wardlaw Street, where firefighters extinguished the fire and worked to make the area safe before leaving the scene.

"There were no casualties."

An Edinburgh City Council spokesperson condemned fly tipping in the area and offered advice for those looking to dispose of items.

They said: “It’s always really disappointing to see fly tipping spoiling our city as the selfish actions of a few can really affect those living in a local community. There is no excuse for it. We have a simple booking system for residents to access our Household Waste Recycling centres and a special uplift service that costs only £5 per item to legally dispose of unwanted bulky household waste.

“We would also urge people to make sure that cigarettes are properly extinguished before putting them in the bin.”

WARNING: DISTRESSING IMAGES: A mum has complained about finding rats in her garden, which she claims come from fly-tipping and…