The National Capital Authority has blocked the construction of the new Russian embassy in Yarralumla.

It has given the Russian Federation 20 days to clear the site.

The authority has told the Russian government that its lease for the building land to replace the existing embassy on Canberra Avenue is "terminated".

The authority's ostensible reason for blocking the new compound is that it hasn't been completed within the three years allotted, but it may raise questions about whether any politics has intruded.

The Russian embassy said it was seeking legal advice.

In a statement, the NCA said: "The Russian Federation had purchased the rights to the site with the intention of building a new embassy to replace their existing embassy in the suburb of Griffith. The NCA granted the lease in December 2008, and the works and building approvals on 31 March 2011 and 23 September 2011, respectively.

"Under the lease, the Russian Federation had agreed to finish construction within three years. Despite some efforts to progress an embassy, completion of the project has not occurred."

Authority chief executive Sally Barnes said the new embassy was to be on a "premium site in central Canberra, close to Lake Burley Griffin and the Australian Parliament House.

"On-going unfinished works detract from the overall aesthetic, importance and dignity of the area reserved for diplomatic missions and foreign representation in the National Capital".

She added: "With limited blocks currently available for diplomatic purposes, unless a country can demonstrate a willingness and ability to develop the site, the NCA supports a policy of 'use it or lose it'."

The authority said it had been negotiating with the Russian government over many years about completing the construction but "in the absence of a commitment to a completion date, the NCA decided to terminate the lease. The Russian Federation has 20 days from the day the notice of termination was served to clear the site".

Once cleared, the authority will return the site back into the pool of land available for diplomatic purposes.

"The decision to terminate the lease for a new embassy does not affect the existing Russian Embassy. The Russian Federation may submit a new application in the future which the NCA will review and assess accordingly," it said.

Construction of the new embassy has been dogged by delay. Two years ago, the Russian ambassador to Australia assured the NCA that work would start later that year.

In 2018, the project was estimated to cost $8.2 million. It included a large swimming pool. The embassy spokesman said that the new residential block was the first stage of a two-stage development that would see the embassy's chancery relocated to a new site. The existing Griffith compound would be kept as a residential precinct.

As relations between Australia and Russia have deteriorated, the new embassy has escaped sanctions. After the invasion of Crimea, a spokesperson for the then foreign secretary, Julie Bishop, said: "Australia has not severed diplomatic relations with Russia. In those circumstances, the issue of the construction of the Russian embassy does not arise.'' 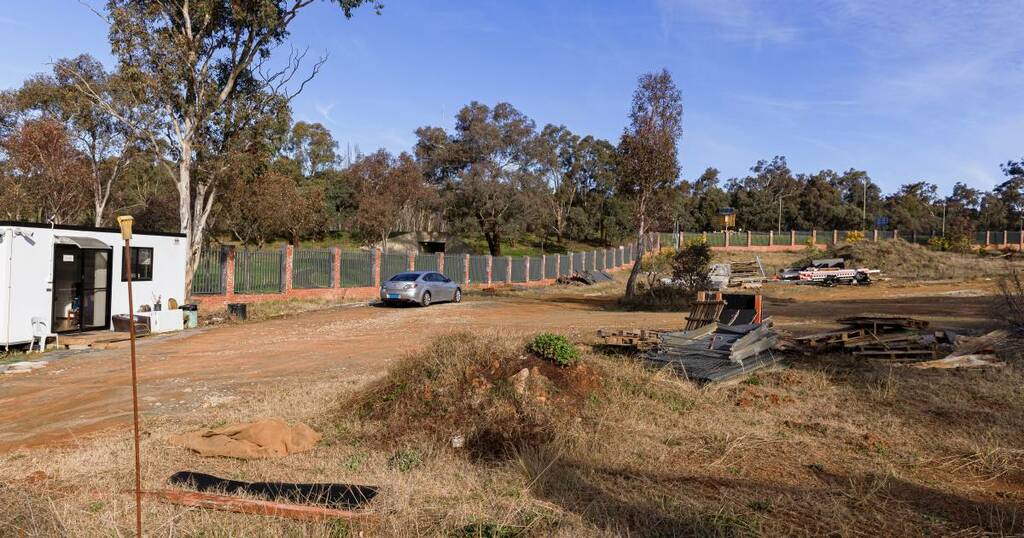 Russia calls in lawyers over embassy 'termination' in Yarralumla
A spokesman for the Russian government said that it would seek legal advice.

The Canberra Times
From analysis to the latest developments in health, read the most diverse news in one place.
Lease terminated for new Russian embassy

The National Capital Authority has cancelled Russia’s lease on a prime Canberra site to build a new embassy, citing a…

Australian bureaucrats have scuttled the construction of a new Russian embassy building in Canberra, ordering a "premium" block of land…

Ukrainian ambassador, who is currently touring Australia to look at defence supplies, says his government will formally apply for Yarralumla…

The Guardian - AU
One place to find news on any topic, from hundreds of sites.
Rolling back the red carpet