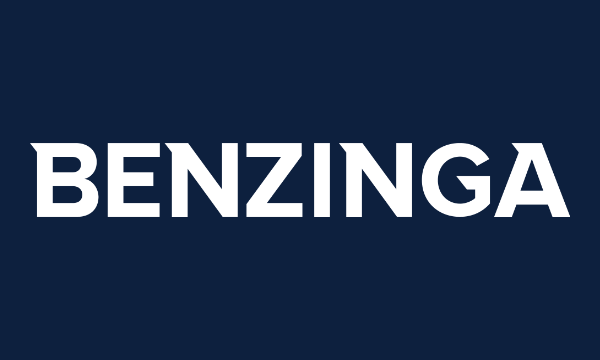 Tenax updated on its TNX-201 (enteric-coated imatinib in PAH) program. The pharmacokinetic (PK) assessment in healthy volunteers has been completed. The PK study assessed imatinib versus its enteric-coated formulation to help ensure optimal efficacy and tolerance in its upcoming Phase III trial, anticipated to start in 2H:22. Tenax also announced that it had selected a large, global contract research organization (CRO) partner, which has successfully completed over 20 PAH projects including multiple Phase III trials. Key Opinion Leader (KOL) and site engagement is expected to commence early this year.

To conclude the announcement, Tenax reported the formation of a Scientific Advisory Board for imatinib, chaired by Dr. Anna Hemnes of Vanderbilt University, and including Dr. Robert Frantz of the Mayo Clinic, Dr. Bradley Maron of Harvard University, and Dr. John Ryan of the University of Utah. The members are globally renowned scientists with deep experience in PAH clinical trials as well as translational science in pulmonary vascular disease.

See our April 9th report for background on imatinib. The asset was acquired as part of Tenax' purchase of PH Precision Med (PHPM), completed on January 15, 2021 in a deal valued at approximately $21.6 million. Dr. Stuart Rich, a globally recognized expert in the field of pulmonary arterial hypertension (PAH), founded PHPM to support the development of imatinib. Imatinib, a tyrosine kinase inhibitor, offers a different mechanism of action in contrast to other failed pulmonary vasodilators. While the compound has only been clinically evaluated once in PAH, imatinib is a relatively mature TKI that has been approved in a number of indications with the first in chronic myeloid leukemia. The drug was originally discovered in 1992 by Brian Druker, who sought a drug that, rather than be nonspecifically cytotoxic, targeted the cancer itself.

In 20012 Novartis commercialized imatinib in leukemia as Gleevec, and in 2015 the drug generated $4.6 billion in sales before patent expiry in 2016. Novartis launched multiple trials for imatinib in PAH and by 2013, had advanced the candidate as far as Phase III, when unforeseen dropouts attributable to gastric intolerance sidetracked further advancement. Despite some favorable results, Novartis did not re-initiate studies in PAH, likely due to pending patent expiry, as imatinib was already a commercial success for Novartis in leukemia.

Imatinib is potentially the first disease modifying agent in PAH. Due to the GI issues observed in Novartis' unsuccessful Phase III and prior to Tenax' acquisition, a reformulation of oral imatinib was proposed to bypass the stomach and release the drug in the small intestine. A Phase I PK study is underway for the new formulation. Based on consultations with the FDA, Tenax management believes only one successful Phase III trial will be necessary to obtain market approval.

On October 6, 2021, Tenax announced that the FDA had cleared Tenax' IND application for a novel (oral) formulation of imatinib. The PK study compared the original formulation to the new oral formulation that is designed to address challenges that Novartis faced, bypassing the stomach and associated gastric discomfort. In the most recent January 2022 press release, Tenax announced that it anticipates starting the Phase III imatinib trial in 2H:22.

Interview with Tenax CEO and CMO

➢ PK and formulation results for imatinib in PAH - 4Q:21

Tenax updated investors on progress with its clinical assets TNX-102 (subcutaneous levosimendan), TNX-103 (oral levosimendan), and TNX-201 (enteric-coated imatinib in PAH). Tenax received a Notice of Allowance from the USPTO for TNX-102 with patent expected to be issued in January 2022 and anticipated expiry in 2039. Tenax also announced the completion of patient transition from the Phase II HELP study to the open-label extension where multiple measures of efficacy confirmed that oral levosimendan is comparable or even possibly more effective than the weekly IV regimen. Tenax also updated investors regarding TNX-201 announcing that the PK assessment in healthy volunteers has been completed, which has informed modifications to the TNX-102 formulation in anticipation of the 2H:22 start to Phase III trial in PAH. Additionally, Tenax has selected a CRO partner and formed a Scientific Advisory Board to support the candidate.

With imatinib's recent IND clearance, and two Phase III trials expected in the coming quarters, Tenax is a bright spot in our coverage universe with substantial upside and limited competition in the PAH areas its candidates are targeting.

SUBSCRIBE TO ZACKS SMALL CAP RESEARCH to receive our articles and reports emailed directly to you each morning. Please visit our website for additional information on Zacks SCR.

DISCLOSURE: Zacks SCR has received compensation from the issuer directly, from an investment manager, or from an investor relations consulting firm, engaged by the issuer, for providing research coverage for a period of no less than one year. Research articles, as seen here, are part of the service Zacks SCR provides and Zacks SCR receives quarterly payments totaling a maximum fee of up to $40,000 annually for these services provided to or regarding the issuer. Full Disclaimer HERE.

1. US Patent and Trademark Office