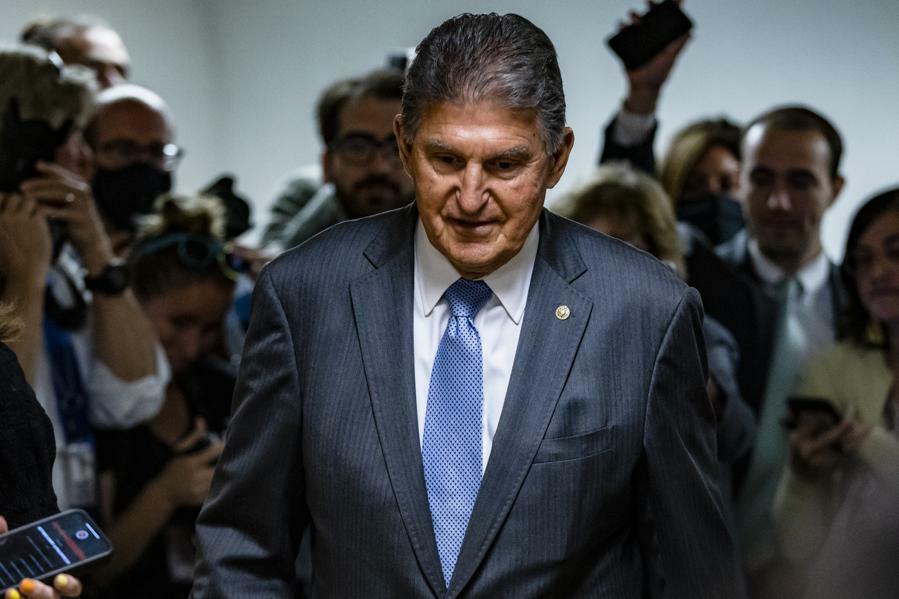 Sen. Joe Manchin (D-W.Va.) on Sunday tore into progressives amid an ongoing conflict over various spending bills, warning of political backlash against House progressives if they sink a bipartisan infrastructure bill and labeling allegations from Rep. Alexandria Ocasio-Cortez (D-N.Y.) about his ties with oil lobbyists as “totally false.”

Manchin warned in a CNN interview that if progressives kill the $1.2 trillion infrastructure bill, they will have to tell constituents, “I don’t care about the roads and bridges, you don’t need it,” adding, “If they play politics with the needs of America… America will recoil.”

The moderate West Virginia senator repeatedly said in the interview he opposes $3.5 trillion in social spending as part of Democrats’ budget reconciliation bill, a key demand of progressives in the House who say they are willing to vote down the infrastructure bill.

Manchin refused to give an alternative figure, but floated $1 trillion or $1.5 trillion as possible viable alternatives, figures that would be unlikely to satiate the dozens of progressives demanding “robust” reconciliation spending.

Manchin also took aim at a tweet from Ocasio-Cortez accusing him of “weekly huddles w/ Exxon,” calling the allegation “totally false” and stating, “They don’t have weekly meetings. I keep my door open for everybody.”

Manchin called the tweet “just awful” and accused Ocasio-Cortez of “continu[ing] to divide, divide, divide,” adding that he doesn’t “know the young lady that well” and “she’s just speculating and saying things.”

Forbes has reached out to Ocasio-Cortez’s office for comment.

While the bipartisan bill – focused on “core” infrastructure like roads and bridges, broadband and mass transit – passed the Senate in August and is set to be voted on by the House on September 27, House Democrats are rushing to craft the reconciliation bill – which is set to include spending on “human infrastructure” including Medicare, climate change and affordable housing.

“Senator Manchin is welcome to go home and tell people why he doesn’t support the full Build Back Better agenda — from paid leave and childcare to health care and housing,” Rep. Pramila Jayapal (D-Wash.), chair of the Congressional Progressive Caucus, told Forbes in a statement.

51. That’s the number of votes Senate Democrats need to pass a budget reconciliation bill, including Vice President Kamala Harris as a tiebreaker. With the Senate divided evenly, that makes Manchin’s support pivotal. By the same token, House progressives insist they have the votes to sink the infrastructure package in the House – where Democrats hold a narrow 8-seat majority – even if some Republicans sign on.

While Manchin made no secret of his disdain for progressives’ maneuvering on infrastructure, progressive Sen. Bernie Sanders (I-Vt.), a champion of the $3.5 trillion price tag, struck a far more conciliatory tone in a subsequent CNN interview. “We’re talking about Mr. Manchin, but the real outrage is not one Republican is prepared” to support reconciliation, he said, telling anchor Dana Bash, “Don’t make this a Bernie Sanders vs. Joe Manchin issue.”