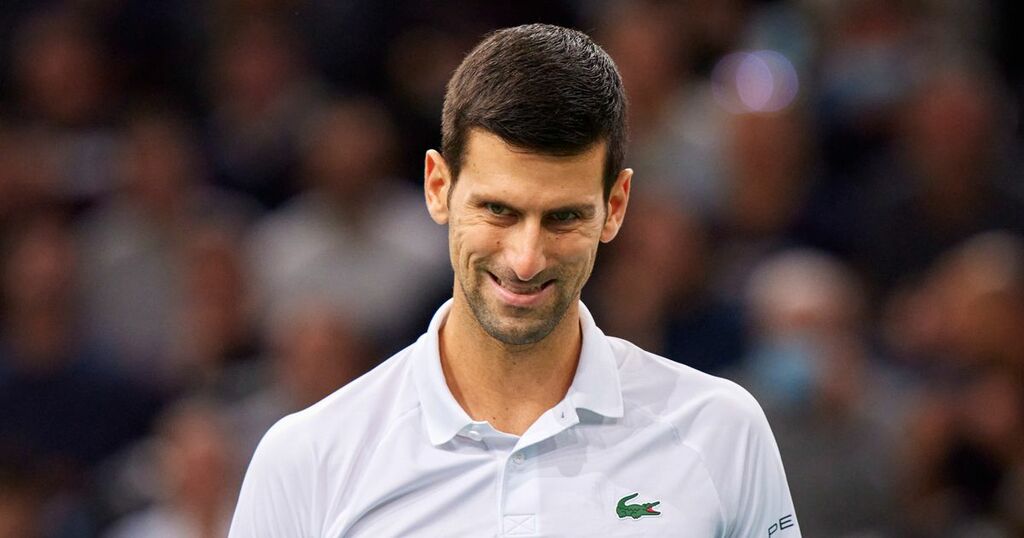 Tennis Australia boss Craig Tiley has gone on the attack by criticising the border officials over the handling of the Novak Djokovic visa fiasco that has gripped sporting headlines in recent days.

Djokovic was detained in a quarantine hotel in Melbourne after dramatically having his visa rejected upon arrival in Australia by border control.

He was initially granted a medical exemption to compete at the Australian Open but his preparations immediately took a turn for the worst on arrival in Melbourne, and he is now anxiously waiting an appeal hearing to see if he can remain in the country.

Tennis Australia have come under scrutiny for the handling of the situation, having initially told players they could enter the country without being vaccinated if they had tested positive within the last six months - which Djokovic had done on December 16, according to his lawyers.

But now Tiley has addressed the world No1's predicament, publicly insisting Tennis Australia had not deceived players seeking medical exemptions, and in fact stated there was too much conflicting information over entry requirements.

"There was plenty of contradictory information, plenty of conflicting information and we were constantly seeking clarity from day one to ensure that one, we did the right thing and two, we were able to bring the players into the country," Tiley argued.

The TA chief insisted that the governing body were in contact weekly with the Australian government to "ensure we were doing the right thing and we were on the right process with these exemptions."

Furthermore, according to the Daily Mail , bombshell documents have been leaked which reveal that Tennis Australia urged the Federal government to review Djokovic's medical exemption around Covid several weeks before he jetted off to the country.

The documents show that multiple government departments - including Home Affairs - were communicated to by Tennis Australia in November asking if it could give a copy of the exemption certificate to look over in advance to avoid a situation we are witnessing with Djokovic right now.

But that request was reportedly turned down, with the Department of Sport responding: "Health and Home Affairs are unable to provide or review certificates. Certificates are reviewed at check in."

Tiley also revealed that he had confirmed with the Victorian government that players seeking medical exemptions would be permitted into Australia.

Plenty of confusion remains over the exemption process that has dominated sporting headlines in recent days ahead of the first Grand Slam of the year.

The Department of Sport wrote to Tennis Australia that an exemption would be given with a medical certificate that "indicates a person is unable to be vaccinated because of a medical condition."

But that differs from the view of the advisor to the chief medical officer of Australia, who wrote in a letter: "Medical exemptions from vaccination will be at the discretion of the state or territory so it would probably be good to touch base with the state of arrival earlier rather than later'.

Meanwhile, Andy Murray has delivered his verdict on the debacle that has played out, insisting the visa fiasco looks terrible for tennis.

He said, as quoted by Australian newspaper The Age : "I think everyone is shocked by it [the circumstances], to be honest.

"I'm going to say two things on it just now. The first thing is that I hope that Novak is OK. I know him well, and I've always had a good relationship with him, and I hope that he's OK.