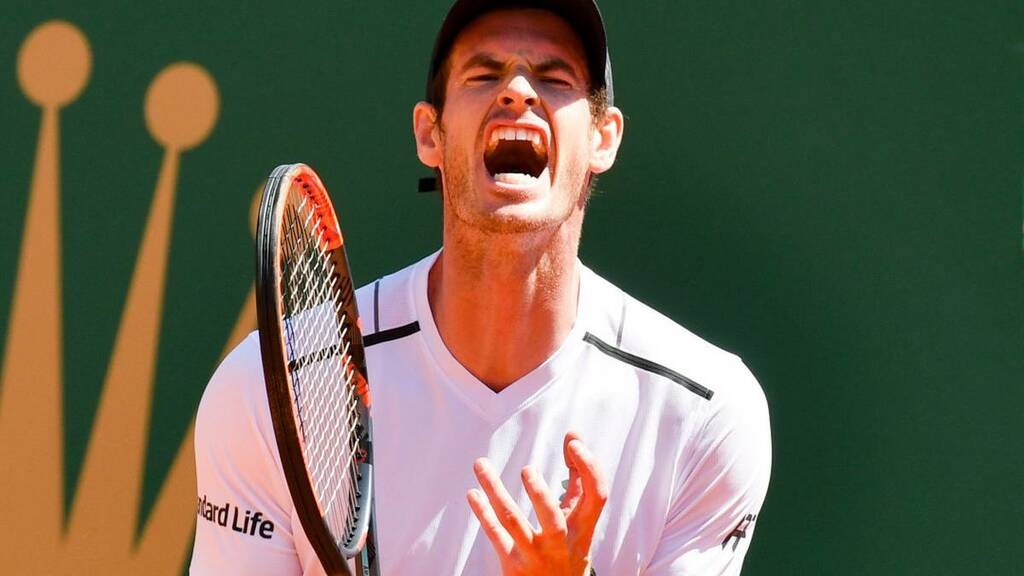 No doubt Kim Murray has repeatedly warned her husband not to leave his wedding ring lying around after taking it off for practice matches.

Which explains why the Wimbledon champion landed in her "bad books".

Sir Andy Murray revealed his ring went missing after his shoes, to which he normally ties it, were stolen from underneath his car.

The three-time Grand Slam winner was forced to issue a plea on social media for the return of the ring, given to him by his wife, 33, six years ago when they were married at Dunblane Cathedral.

It was perhaps not the best preparation for his first-round match against Adrian Mannarino at the BNP Paribas Open at Indian Wells on Friday, but sometimes domestic matters have to come first.

"Needless to say I'm in the bad books at home so I want to try and find it," Murray, 34, said in a video posted on Instagram.

"If anyone can share this or may have any clue where they may be it would be very helpful so I can try and get it back. If I can get to the bottom of it that would be much appreciated."

Murray's social media appeal was not in vain however, with the tennis star revealing on Thursday night that his shoes along with his ring had been recovered.

The former world No 1 had left the "smelly" trainers under his car at his hotel in California "to air" after a practice session in 40C heat, and discovered the next morning that they had been taken.

"When I got back to the car in the morning," he said, "the shoes were gone – my tennis shoes for the tournament had been stolen – so I had to go to a local pro shop and buy different shoes to what I normally wear, different brand and everything, which isn't the end of the world but not ideal."

Yet there was worse to come. "As I was preparing for my practice, my physio said to me: 'Where's your wedding ring?' And I was like, 'Oh no.' I basically tie my wedding ring to my tennis shoes when I'm playing because I can't play with it on my hand, so yeah, my wedding ring's been stolen as well."

In an update posted on Thursday night, Murray posed with the trainers with the ring attached.

He told his followers: "I had to make a few calls today and chat to the security at the hotel… They still absolutely stink but the shoes are back. The wedding ring is back and I'm back in the good books."

It isn't the first time that Murray has come unstuck when it's come to his shoes.

During his first-round defeat at the US Open against Stefanos Tsitsipas, Murray was struggling with the humidity as his feet became increasingly sweaty during the second set, leading to a number of slips on court.

After moaning to his box that he has no grip, Murray was heard saying: "I need shoes and I don't have any other shoes."

Murray eventually used the courtside air conditioning to try and dry them out between the second and third set, and he was also heard to say "Underprepared, you don't look at the details!"

Which is what Mrs Murray may well have said to him when he told her about the ring.