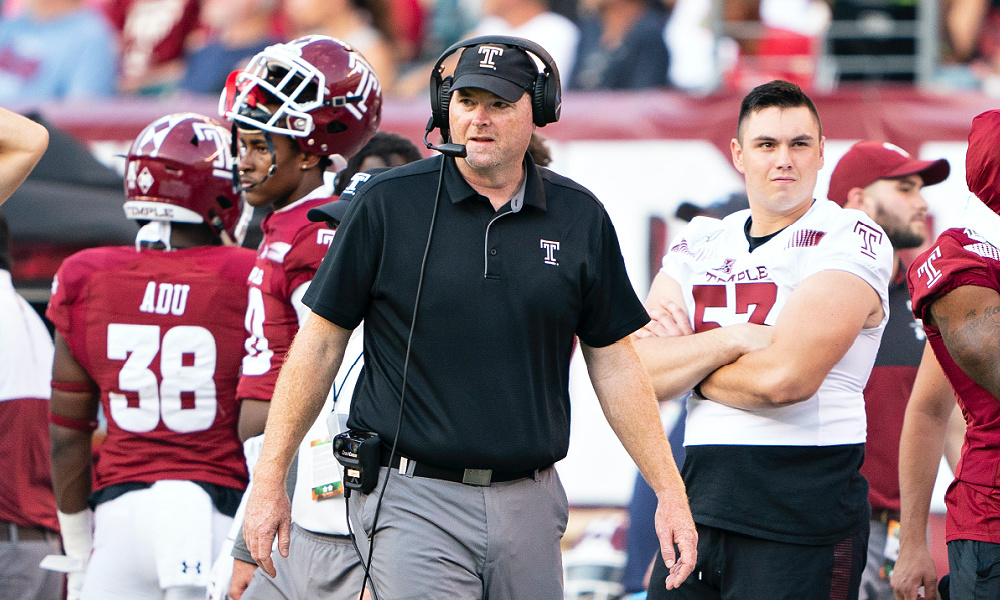 Why Akron Will Win

The Zips need all the help they can get, and they have to hope Temple is really just that bad.

Rutgers is improved, but is it really 61-14 good? Temple got crushed by five turnovers, a miserable day by QB D’Wan Mathis, and a bad day from a defense that didn’t hold firm when the offensive side was screwing up.

No, things aren’t going all that well when you finish a game with -3 rushing yards like Akron did last week, but DJ Irons connected on all 13 of his throws with a fourth quarter touchdown, Kato Nelson wasn’t that miserable considering he didn’t get any help, and …

Why Temple Will Win

Yeah, Akron had to play Auburn, but that’s sort of how Akron rolls.

This is still a work in progress with the Zips. It’s missing any consistent offensive punch, and the defense is going to be rough all year long … again.

Temple isn’t Auburn talent-wise, and it’s not going to be able to run for over 300 yards, but this really is a much better team than it showed over last year and against Rutgers.

No, Temple isn’t going to turn the ball over five times again and the offense isn’t going to be so inept against a defense without enough of a pass rush to make a difference.

Temple will finally get to have some fun.

That was a miserable performance against Rutgers after a 1-6 2020 and losing four of its last seven games in 2019.

The offense won’t be perfect, but it’ll run well, the defense will start to look the part, and even with a few mistakes and turnovers, there won’t be a whole lot of drama against a punchless Akron attack.