In the sights of the regulator over recent months, Telstra has committed to an independent review of the compliance technologies it uses to make good on overcharging and poor complaints handling.

Regulator the Australian Media and Communications Authority demanded the moves after Telstra delayed compensation payments of more than $11 million owed to over 67,000 customers in the five years to 2021.

All that highlights the fact that you can avoid Telstra altogether for a mobile phone deal, experts said.

The latest call out followed $2.2 million in penalties and customer recompense announced in April after ACMA determined Telstra had overcharged more than 10,000 customers almost $2.5 million over a 12-year period.

So why is our number one telco being called out in this way?

“It’s not what you would call a rogue company, it’s more about making stupid mistakes,” said telecommunications consultant Paul Budde.

“It’s typically an area they would under-invest in and it doesn’t get the same attention as the systems where they actually make money,” he said.

In fact Telstra is a standout when it comes to complaints, says Tara Donnelly, Canstar Blue’s telco editor.

“Telstra definitely has the largest number of consumer complaints made against it,” Ms Donnelly said.

But that isn’t surprising “because it also has the largest market share,” Ms Donnelly said.

Telstra has 44 per cent of the mobile market, the area most Australians interface with in the telco industry.

But the question consumers should ask is whether they still need Telstra. It depends what you are looking for, but today the answer is probably not.

If you’re just looking for value for money then you can do better than the big three. Of Telstra’s major competitors, Optus has 31 per cent of the market and Vodafone 17 per cent.

That leaves only 10 per cent to around 20 small players who dominate the bargain basement mobile phone pricing sector.

None of the big three come close to the deals shown above.

“If you look at postpaid their plans start at about $40 a month where with the smaller providers you can easily find offers starting at about $10 or $20 a month,” Ms Donnelly said.

Plans offered by the big three can give you up to 40 GB of data.

“The average data use in Australia is something like 11 GB per month, so we tend to say that plans offering between 10 and 20 GB per month is probably plenty for the average user,” Ms Donnelly said.

It is not only in cost that the small providers deliver for consumers.

“Our ‘most satisfied customers’ awards showed that smaller telcos ranked a lot higher and, shockingly, we had Vodafone, Telstra and Optus in the bottom three,” Ms Donnelly said.

Those rankings measured overall satisfaction, which was in turn made up of factors like value for money, customer service, network coverage, flexibility, signup and activation and billing.

“We found that the smaller providers were ranked more highly across those categories,” Ms Donnelly said.

Flexibility was an important category for consumers. That was characterised as, “not being locked into a contract and being able to swap and change things around if needed”, Ms Donnelly said.

Of the larger telcos, Vodafone was the best performer, Canstar Blue found.

But there are reasons to stay with the big providers too.

“With them you can have a lot of extras in your plan. They can bundle phone and internet and throw in subscriptions to things like Netflix and Kayo,” Ms Donnelly said.

There is also the advantage of 5G. This lightning-fast new network is currently available through the big three, although Optus is reselling its 5G network to a few smaller players such as Spin Tel, Aussie Broadband and Southern Phone.

Optus and Vodafone are likely to follow. However getting 5G through a smaller player will not necessarily give you access to the technology across the complete network. 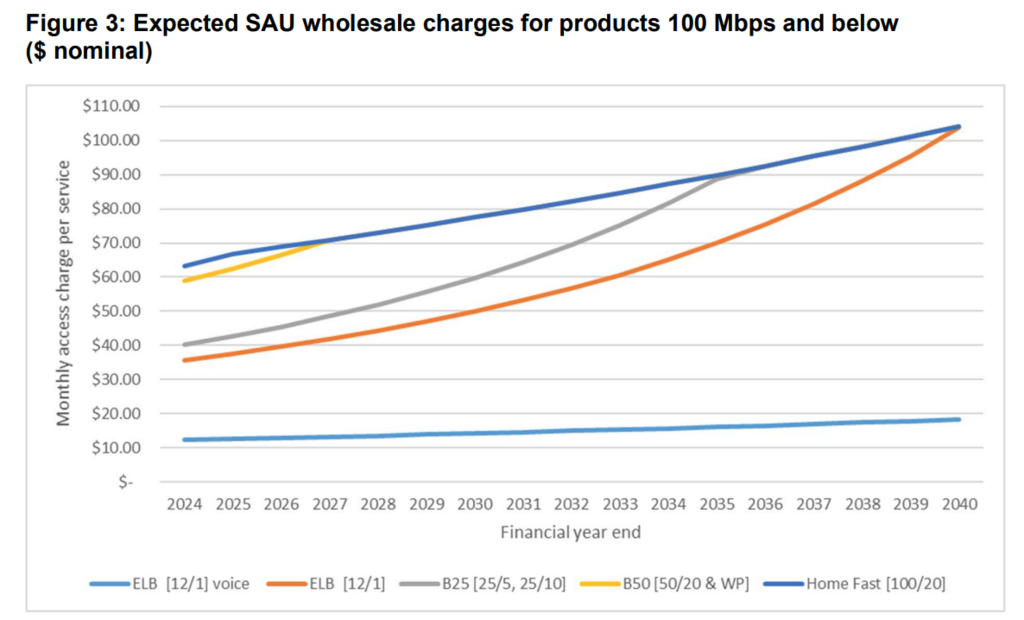 The New Daily
From analysis to the latest developments in health, read the most diverse news in one place.
The cheapest SIM-only deals from Sky, Three, Tesco Mobile and more