Tehran (A): How far Bristol City and Bristol Rovers fans travel over the course of a season 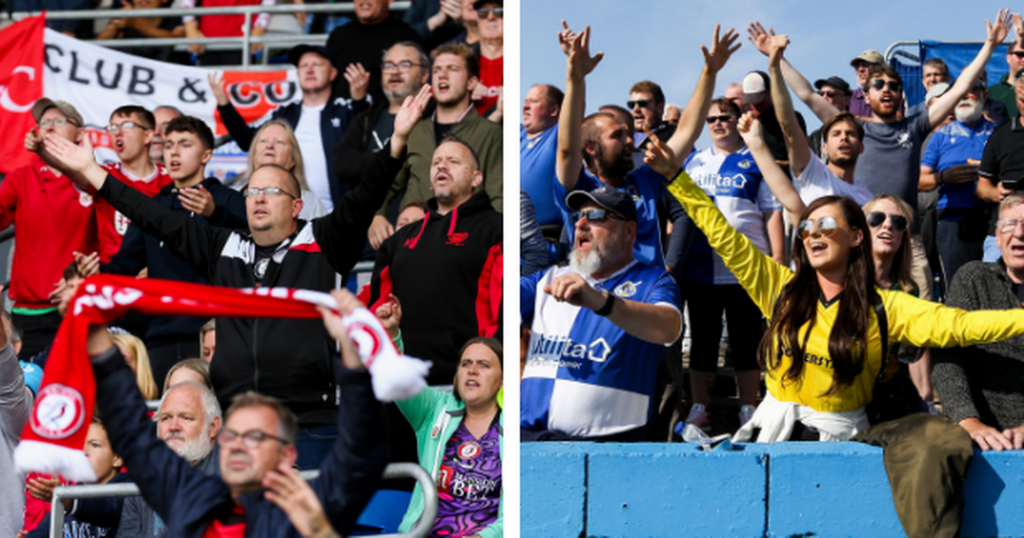 Fans of Bristol’s two clubs will travel as far as Tehran and back again following their team to away games this season.

A Bristol Rovers fan journeying from the Memorial Stadium to each away game in League Two and back again will travel a total of 5,642 miles as the crow flies. A Bristol City fan doing the same from Ashton Gate, for their respective away fixtures in the Championship, will clock up 5,375 miles.

But that’s only the 22nd and 29th furthest distances travelled out of the 92 EFL and Premier League clubs.

City have already experienced their longest away day of the season with the 526-mile round trip to Middlesbrough on August 14, with Hull the next furthest at 456 miles overall, as that fixture falls on December 11.

Meanwhile Rovers fans, having already travelled 512 miles to Barrow and back, this Saturday will embark on a 546-mile trek to Hartlepool but those two fall below the 548 miles required to get to Carlisle and back to Bristol on March 26, 2022.

In it for the long haul

Leicester City fans will travel fewer miles than any other club’s fans this season. Foxes supporters will travel a total of 3,407 miles going to and from each away league ground from the King Power Stadium this season.