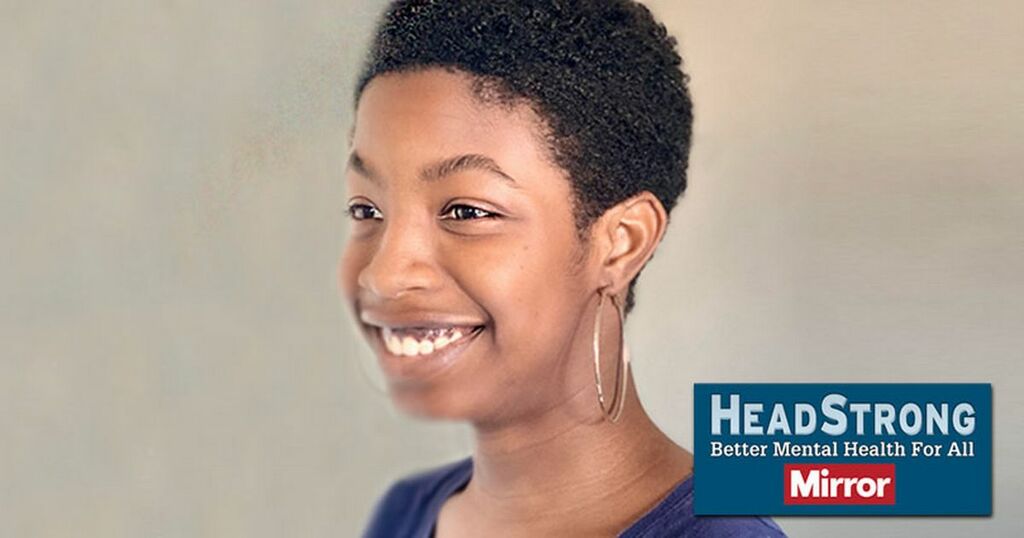 Nineteen months after the first lockdown began, Vanessa Ezeh is still fearful of stepping into her own garden.

She is fearful of going for walks. Sometimes, she refuses to allow her siblings to enter her room or touch her things. Once a sunny personality, she is now withdrawn and stays in her bedroom a lot.

These are, for the 17-year-old who has needed to shield throughout the pandemic because of serious physical health conditions, the lasting effects of constant anxiety about Covid-19, plus isolation, on her mental health.

‘“She was always so outgoing, a whole ball of joy,” explains her mum Bukie Adebola-Ezeh, 44, emotion catching in her voice.

She talks fast, in a whir of worry, trying to make sense of it all.

“But she still won’t go for a walk, we have a back garden but she is even frightened of going in there.

“She is not talking to anyone outside the family, and she sits in her room and plays on her own. She has withdrawn.

Older people were the most noticeable age-group advised to isolate, and their mental health has been impacted indisputably as a result.

But of course younger people, too, fell within this vulnerable group, and while the action has been necessary to protect them, Vanessa’s case shows just what a devastating impact it can have.

The teenager, from South Shields, has sickle cell anemia, Moyamoya disease, and has suffered seven strokes since the age of four, causing learning difficulties and leaving her younger than her years.

In February she underwent a bone marrow transplant which had been long-awaited.

Two weeks before the first official Covid lockdown was enforced, Bukie explains she and her husband decided to lockdown their family.

Bukie recalls: “We knew if Covid came in to our house she could die.

“Everyone was panicking, I think I panicked the most.

“Vanessa was really scared, because of all the news and children talking at school. “She said ‘Mummy, I don’t want to die’.

“She became scared to be on her own, and at one point we were all sleeping in the same room.”

Even when society opened up briefly last year, Vanessa’s fear remained. And when her siblings returned to school, she could not, so her isolation continued.

As time went on, her character and behaviour began to change, too.

“She became more angry,” Bukie explains. “She used the f-word and she never had before.

“Vanessa was always an outgoing, very friendly girl, she played with everybody.

“But she became withdrawn.”

In February she spent a lengthy time in hospital undergoing and recovering from a bone marrow transplant.

It would be a traumatic event for any young person, and her fears were magnified by the need to leave the house which had been her sanctuary for so long.

“She was scared of catching Covid,” says her mum.

But since she has been back home, she is still unable to get past the impact of her solitary life or her continuing anxiety around Covid.

In August, parents of more than 55,000 children previously on the Government’s shielding list were informed they would no longer be classified as clinically extremely vulnerable and should return to school.

But Vanessa is still recovering from her transplant and while her siblings have returned to school, Bukie explains she cannot yet. This will be reviewed after half-term.

The family still take many precautions, including not allowing any guests inside the home and avoiding public transport.

But her mental health has been so damaged, Vanessa is reluctant to go for walks or even enter the back garden.

Even inside the house she clings to her room, and tellingly, has begun playing with dolls and asking for new ones. It seems as if they are replacement friends.

“She doesn’t talk to anyone outside the family, and even with her own siblings, she will sit in her own room and play on her own and say ‘Get out’,” says Bukie.

“She will say ‘Don’t touch my things’, she wants to be in control of them.”

The Rainbow Trust is supporting the family, and support workers now visit fortnightly to help coax Vanessa out for careful walks in her wheelchair.

Anne Harris, Director of Care Services at Rainbow Trust Children’s Charity, explains: “The unintended consequence of keeping seriously ill children and young people safe is that their increased isolation and lack of social contact with their peers has left them feeling fearful for their health and for their future, with increased levels of anxiety.

“These children, young people and their families are often terrified to lift shielding and the strict controls over their environment.

“They are going to need additional emotional and practical support to find a new balance as they stop shielding and reintroduce themselves to the outside world once again.”

Bukie agrees Vanessa does need some help to get back to the girl she was before.

And admits she, too, is struggling.

Despite working as a life coach and determined to remain upbeat and positive, Bukie, like so many parents of sick children during the pandemic, has faced a huge strain, and still does.

The Rainbow Trust has provided exclusive figures to the Daily Mirror from a new survey which shows 62% of parents in a similar position say their mental health is worse now than before the pandemic.

Half feel more isolated, and more fearful, and 40% more exhausted.

Bukie is incredible in her determination life will improve, she says she meditates regularly to help her wellbeing, but still concedes she has had days when she has “sat down and cried”.

She too, has developed anxiety.

“We have been living in constant fear and I have not been sleeping,” she says. “If I hear a sound in the night I jump up.

“I’m living like an emergency is going to happen.”

She adds: “It has been very hard for me to let the other children go back to school.”

For her, her family and Vanessa most of all, navigating the balance between protecting physical health, while improving mental health, is an ongoing tightrope walk.