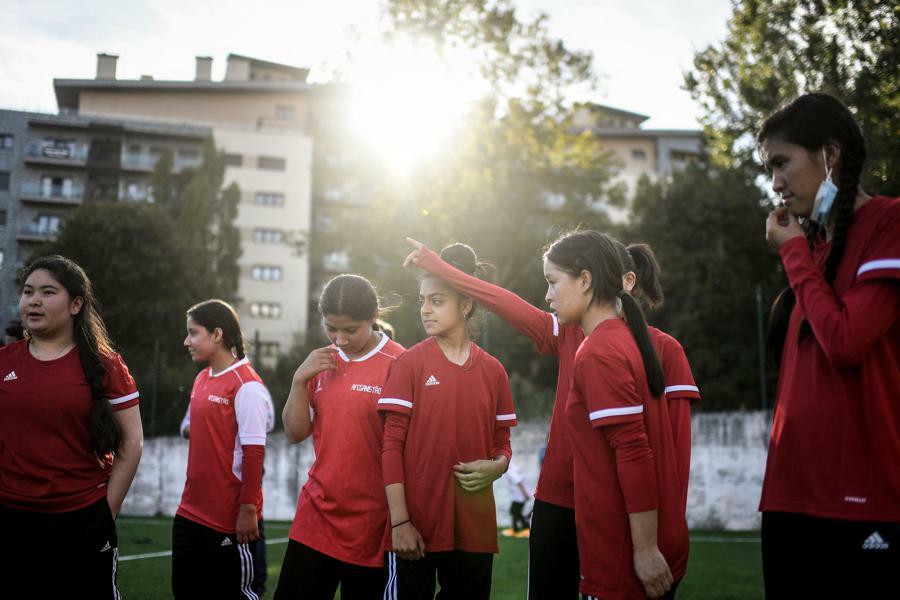 Thirty five members of the Afghan Women’s Development Team—all teenagers aged 13 to 19 years old— and their families have been permitted to resettle in the U.K., ending weeks of limbo of uncertainty after leaving their home country over fears for their safety under the Taliban regime.

A representative from the U.K. government told the BBC that visas for the girls and their families are being finalized, and that “they look forward to welcoming them to the UK shortly.”

The girls will arrive in the U.K. in two or three weeks, Siu-Anne Marie Gill, the head of the ROKiT Foundation, told the BBC (ROKit helped sponsor the young athletes’ escape).

An 18-year-old on the team named Narges and her teammate Sabria told Sky News that their “lives had been saved” and that they’re “eternally grateful.”

The group to be resettled is made up of 136 people and includes the development squad, their families and their coaches.

British soccer clubs including Leeds United and Chelsea have pledged to support the young women as they settle in the U.K.

"These young sportswomen and their families are so thrilled to have been given a second chance in life, here in the home of football,” Gill said.

The group has been staying at a hotel in Lahore, Pakistan for weeks on a 30-day visa since fleeing across the border from Afghanistan amid the Taliban’s chaotic takeover of the country in August. While the women’s squad was evacuated to Australia and the girls’ team resettled in Portugal, the development squad was unsure where they’d end up after their Pakistani visas expire on Tuesday. Most of the development team has received death threats over playing soccer, leaving them and their families “terrified,” Gill told the BBC. The Taliban has imposed sweeping bans on girls and women taking part in public life, including playing sports, working jobs, attending school and university and leaving the home. While they say many of the measures are temporary and for women’s own safety, women’s rights advocates are skeptical considering the Taliban’s history of human rights abuses.