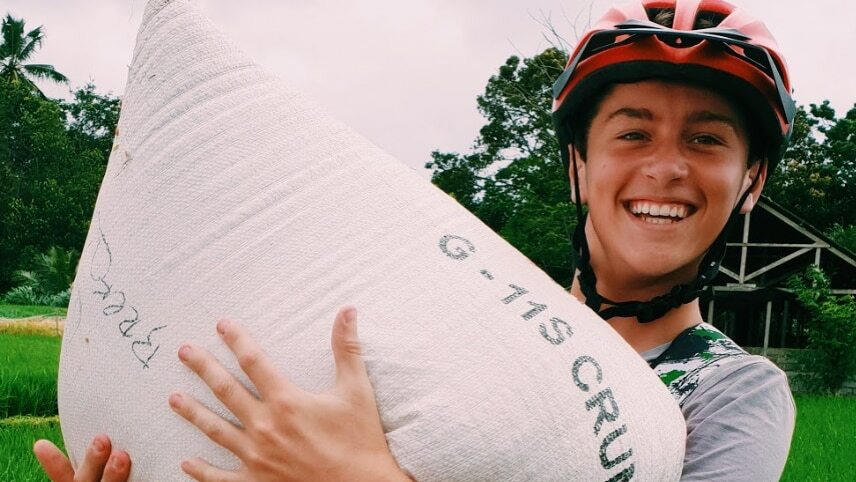 Eight months after his death, 16-year-old Rhys Yore's phone still sits atop his desk, on but always silent, as a harrowing reminder of what a judge has called a tragedy on so many levels.

Rockhampton District Court has heard 18-year-old Owen Andrew Dendle – the driver who crashed the car that killed Rhys – was drifting and speeding up to 110 kilometres per hour before the accident.

The court heard Dendle turned to look at Rhys, who was sitting in the back seat of Dendle's Ford falcon, and asked him: "Are you ready?"

The P-plater then began drifting around a roundabout in Yeppoon, knowing that Rhys was in the back seat without a seatbelt.

He accelerated up to 110kph before losing control of the car, veering onto the wrong side of the road and crashing into the wall of Fig Tree Creek Bridge.

Rhys was thrown from the vehicle and killed, while Dendle and a teenage girl who was sitting in the front seat suffered minor injuries.

He was sentenced to four-and-a-half years in prison, suspended after 12 months, and will be ineligible to hold or obtain a driver's licence for three years.

In the gallery, friends, family — people who Rhys's mother said had been robbed of a "charming" young man — wiped back tears.

Rhys's father, Shane, told the court how he, his wife and his remaining son did the same every day: crying, sobbing and feeling sick over an "entirely preventable" loss.

A life sentence of pain

Months after Rhys's death, his family have continued to receive flowers and food drops; gardeners have come to mow their lawns.

It is a testament to how treasured their son was by the community, but his mother, Mandy Yore, told the court each kindness felt double-edged.

She sobbed as she spoke about the "daily reminders of her loss", having "three dinner place settings instead of four, three piles of washing".

Rhys's phone sits on his desk turned on but always silent next to magnetic L-plates that he never got to use, Mr Yore told the court.

"His name is everywhere on car stickers; his friends have custom footy boots with his name on them," he said.

Mr Yore said he kept a journal in which he wrote to his son and promised to live his best life.

A tragedy on many levels

The court heard Dendle had offered to drive Rhys home from a party in Yeppoon on the night of January 20 and wanted to show off what his car could do.

He had no prior criminal history nor history of traffic offences and had been driving dangerously for just 328 metres before he crashed.

He was disowned by his father after the crash and had been threatened by people affected by the events, the court heard.

The bridge over Fig Tree Creek has been renamed Rhys Yore Bridge. Flowers are regularly placed there.

In February, hundreds of people paddled surfboards at Yeppoon Main Beach as a tribute to the "passionate" young surfer and fisherman.

His father said that when Rhys died, the "town went silent".

"He was the most loving, outgoing, loyal, courageous, spontaneous and funny young man I've met.