Teen soldier fighting for life after being stabbed in the pelvis 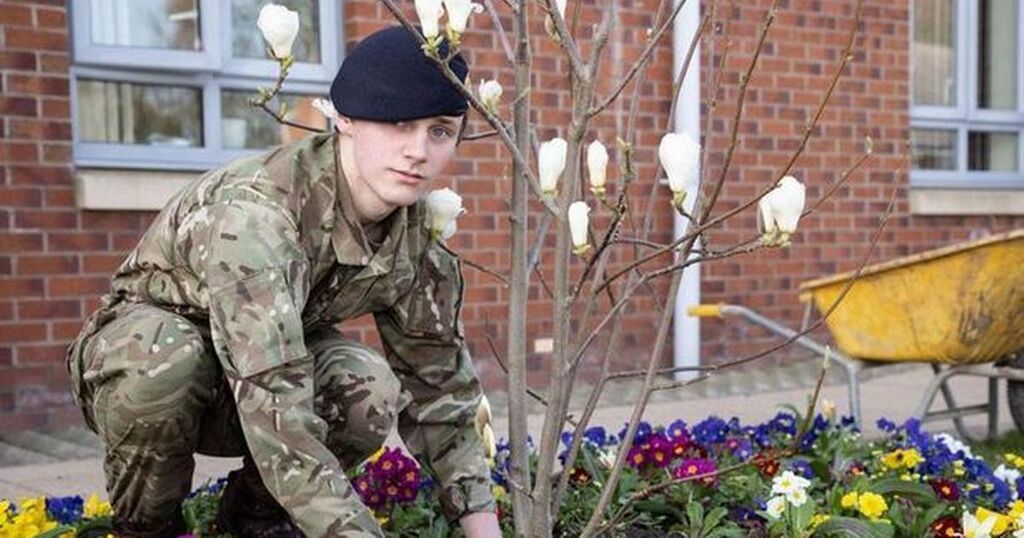 A 17-year-old soldier who was stabbed at the weekend is fighting for his life.

Chris Griffith was attacked in the Tan-yr-Efail area of Holyhead, Anglesey, on Friday, January 7, at about 8.30pm, and a police appeal was launched following the incident, North Wales Live reports .

The teenager, who serves in the Army in the Royal Welsh Regiment, was found by his friend Oliver WIlliams, who rushed him to hospital where he underwent life-saving surgery, the family said.

Read more: H ealth board cancels all non-urgent operations to concentrate on Covid booster roll out

According to his older brother, Andy, Chris, who lives at Sherry Farm in Llanerchymedd, went through a four-hour operation, at Ysbyty Gwynedd in Bangor, after being stabbed in his pelvis.

He suffered from internal bleeding which resulted in him having to have blood and cell transfusions before going to theatre, said Andy. His brother had lost a quarter of his blood and almost lost his life, he added.

"Me and my family are appealing to anyone that might have witnessed the incident happening or that has any information regarding the matter to please contact the police immediately," said Andy, in an emotional statement on Facebook.

"He's currently still fighting for his life in hospital. Chris is in extreme pain and is unable to move whatsoever due to the wound being so large down his waist area.

"Me and my entire family have the highest gratitude towards Bangor hospital for saving my brother's life and for the ongoing care that he's receiving. This sort of thing should never happen to anyone and it breaks my heart to know the pain that my brother is going through. My brother is so loving and caring and really did not deserve what's happened to him.

"I just can't get my head around why someone would want to do something as sick as this. All we can do is pray and hope to god that he recovers and justice is served."

Andy urged Chris, who was selected to be a key part of the British Army’s effort to honour the memory of Captain Sir Tom Moore and launch a royal green initiative across the UK, to "stay strong" as he spoke of his pride in his little brother.

He added: "I love you so much, Chris. Please stay strong, little soldier. We are all behind you the whole way. We are all so very proud of your dedication to your career within the army. You've grown up to become such a well mannered, respected young man and I am so proud to call you my brother."

"Chris's friend saved his life by getting him to the hospital so quick and the hospital staff and police have been so good. We are very grateful. Chris is a great lad and very fit. He is still very poorly at the moment, but we are hoping that he will recover."

North Wales Police (NWP) has said an 18-year-old male was arrested in connection with the assault and bailed while further enquiries take place.

NWP have asked anybody with information to contact the force via the Live chat facility, or on 101, quoting reference B003078.