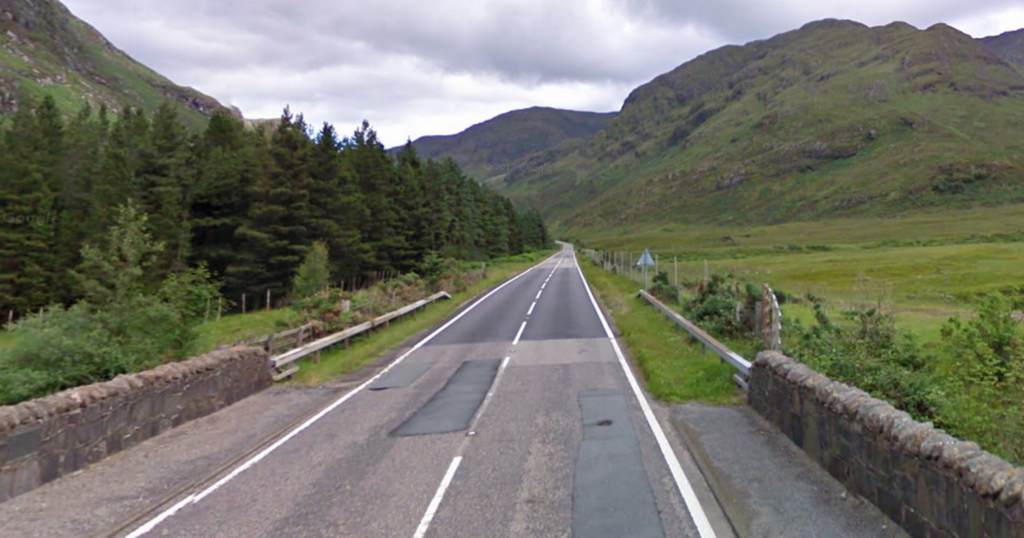 A teenage boy has been airlifted to hospital after the car he was travelling in collided with a motorhome on a busy Highlands road.

Emergency services were called to the scene on the A87, near Glen Shiel, at around 4.30pm on Saturday following reports of a two vehicle crash.

A blue Hyundai was travelling from Balmacara when it appeared to lose control and smashed into a white Fiat Ducato motorhome on the westbound carriageway.

The 16-year-old passenger of the car was airlifted to hospital in Inverness.

The road was closed for several hours as collision investigators conducted enquiries.

Officers are now appealing for anyone with dash cam footage from the scene, which is around 20 miles east of the Kyle of Lochalsh, to come forward.

Sergeant Angus MacLeod said: “Our enquiries are underway to establish exactly what has happened.

“I am appealing to other motorists who were in the area at the time to contact us with any information.

“In particular, I would ask drivers with dash cam devices to check their footage as they may have images which could assist our investigation.”

Anyone with information is asked to call Police Scotland on 101, quoting incident number 2676