A boy on trial in the ACT Supreme Court for killing an 18-year-old man at a Canberra skate park has given a graphic account of how he stabbed the victim's cousin but has continued to deny he killed the other man.

Up to 12 people were involved in the melee at Weston Creek Skate Park in September 2020, which left one man dead and his younger cousin in hospital.

Prosecutors say the incident began with an angry exchange on Snapchat, which led to plans for a physical fight.

Two groups of four arrived at the park around the same time, quickly followed by a third car with four other people, who said they had been called to help by one of those involved, in case "things went south".

Accused says he picked up knife to protect himself

A key issue in the case is how the teenager, who was 15 at the time and cannot be named for legal reasons, had come by the knife.

Today, he told the court he found it on the ground during the fight.

"In front of the headlights on the driver's side," he said.

"It was black handled, silver blade."

He told the court he had picked it up to protect himself.

"Better me have it than have someone come and stab me," he said.

He said just after he picked up the knife, he saw his friend being "bashed".

He said he only struck the other boy once, and told the court he could see the wound.

"Like a bit of flesh came off his back," he said.

"I seen his back, it kind of freaked me out.

"He kept fighting, it was kind of weird."

But the teenager has denied stabbing the man who died.

The boy also gave an account of how he and his friends were drinking and smoking cannabis at a party prior to going to the skate park.

He told the court he first learnt that his friend was in a dispute by overhearing a phone conversation.

"I seen [my friend], he was yelling at someone on the phone," he told the court.

He said he only went to the fight because his friend had asked him to go.

The boy told the court after the stabbing he got back in the car he had arrived in, and shoved the knife into his waistband.

He said the group was hyped up as they drove away.

He said he told his friends that he thought he had stabbed someone and his friend made a video of him holding the knife.

In earlier evidence, the court heard how blood from the victim was found on the inside of his waistband.

He said he was woken the next day by his father who said someone had died at the skate park, but he did not tell his parents what he had done.

He said he did not know what to think.

The boy said he had initially hidden the knife in his wardrobe.

The next day he took it and threw it in a drain as he walked to a friend's house.

"I thought I had done this," he said. 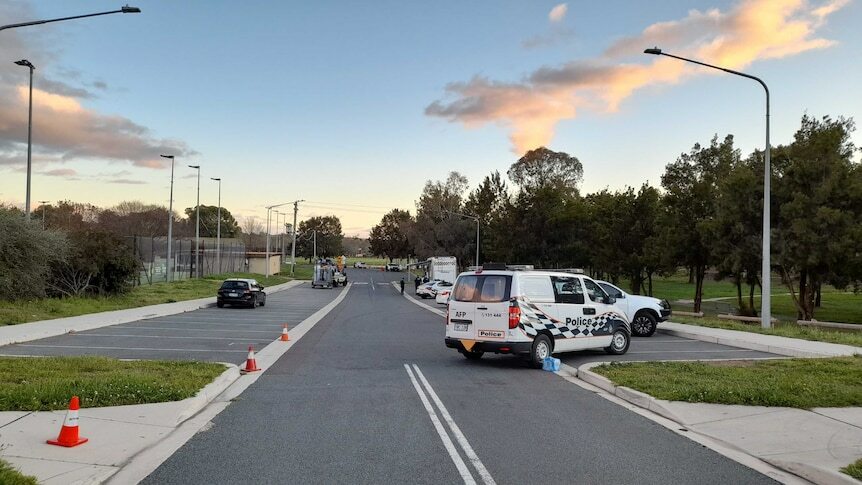 ACT Supreme Court jury should have no difficulty finding teen murdered man during Canberra skate park brawl, court hears
The 17-year-old boy, who was 15 at the time, admits to stabbing the victim's cousin who survived his injuries, but…

ABC News
One subscription that gives you access to news from hundreds of sites
'You're gonna take the rap': Alleged killer claims he was pressured to confess