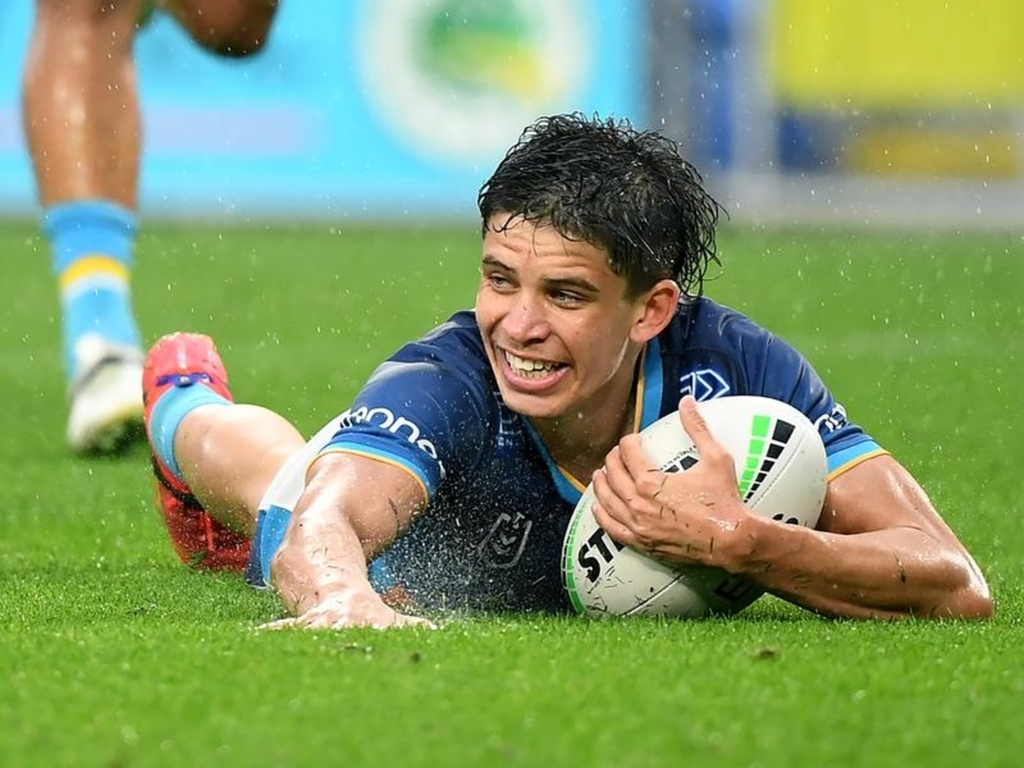 Tedesco admits the inaugural Titans team of 2007 featuring Campbell, Mat Rogers and Scott Prince was a favourite of his growing up.

On Saturday it will be a new Campbell - Preston's son Jayden - featuring for the Titans against Tedesco's Roosters in an elimination final in Townsville.

The Roosters No.1 didn't play when the Tricolours claimed a one-point win over a Titans team featuring Campbell at CBUS Super Stadium in June.

Impressed by what he saw from the stands that day, Tedesco is just one who has been excited by the 21-year-old's start to his NRL career.

"I've watched him a bit throughout the year, he's definitely a young talent," he said.

"He's definitely a threat for us, for sure. If we have a staggered line or someone out of position he can make the most of it.

"He's a great addition. He's an exciting talent so it's a big job for our defence to sort of not let him get too many opportunities."

Campbell was one of the Titans' best in their 44-0 win over the Warriors on Sunday, scoring a double to take his tally to five tries in his first six NRL appearances.

The young gun also set up another try and finished the match with 231 running metres and one linebreak.

He said receiving such lofty praise from the NSW State of Origin captain only added to his excitement ahead of his NRL finals debut against the 2019 Dally M Medallist.

"It's really exciting. Teddy is one of the players that I watch a lot just because he's such a great player," Campbell said.

"He's probably the best in that position at the moment.

"It means a lot to hear him say something like that but I'm just really excited to come up against him."