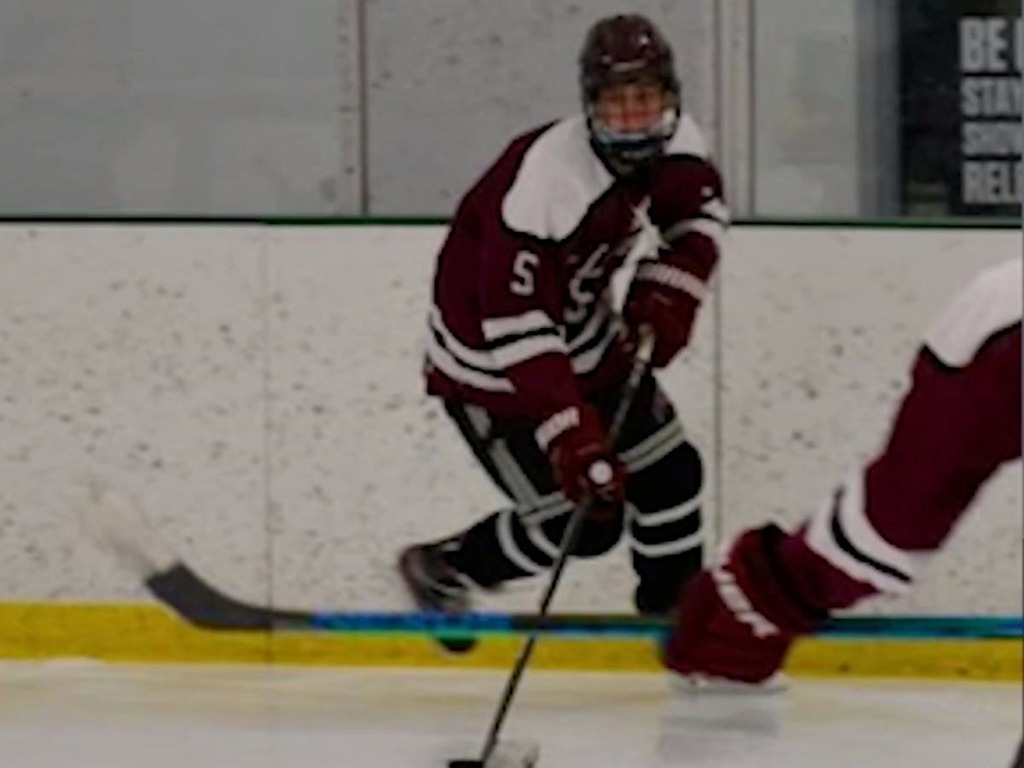 The death of Connecticut high school hockey player Teddy Balkind has been determined to have been an accident by the state’s medical examiner.

Teddy collided with another player on the ice on 6 January and was taken to hospital. The medical examiner announced the results of the following investigation on Monday.

The hockey player was in tenth grade at St Luke’s School in New Canaan. He died after his neck was cut open by the “skate of [the] other ice skater after falling on ice during game”, the medical examiner told NBC News in an email.

Greenwich Police Captain Mark Zuccerella said last week that the player who collided with Teddy was unable to stop.

He was taken to Greenwich Hospital, where he died from his injuries, police have said.

“Our community is mourning. On Thursday, we lost a precious young man in a tragic accident. Both St Luke’s School and Brunswick School are in shock as we work to support our students and families,” St Luke’s Head of School Mark Davis said in a statement.

“St Luke’s singular focus at this moment is to care for our devastated community,” Mr Davis added.

“It’s been a great eight years with the winter club and it ended in the best way possible #state champs,” he wrote in the caption of a photo of the team.

Using the hashtag #sticksoutforTeddy, members of the hockey community, including NHL players, shared their condolences.

“The National Hockey League mourns the tragic passing of Teddy Balkind, a member of the hockey family lost too soon. Our prayers and most heartfelt condolences go out to his family, his St Luke's teammates and his many friends,” the NHL said in a statement.

Los Angeles Kings forward Alex Turcotte tweeted: “Rest In Peace to Teddy Balkind ... super tragic and very sad. Thinking about him and his family just a reminder to always be grateful for everyday and to never take anything for granted.”

Adam Henrique and Kevin Shattenkirk of the Anaheim Ducks also shared their condolences.