TechScape: Should government use the web to nudge our behaviour? 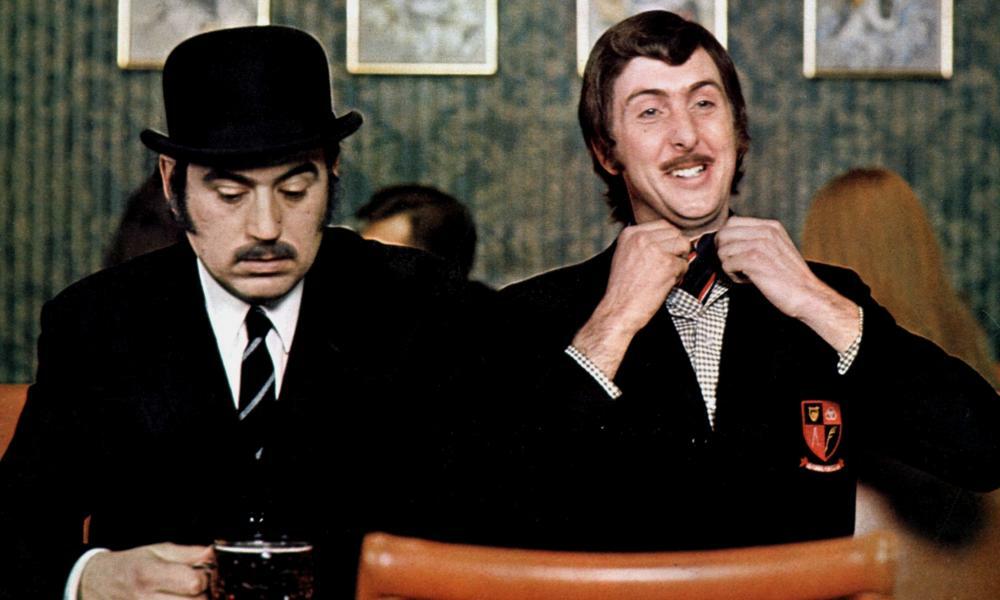 What should a public service announcement be in the 21st century? How can a government communicate with its citizens? And when does a state-run ad campaign become public policy in its own right?

These are questions I’ve been thinking about ever since I spoke to Ben Collier, a lecturer at the University of Edinburgh, about his research into what he calls “influence government”: the increasingly common practice of government bodies of all sizes turning to personalised advertising and online targeting to try to alter the behaviour of their citizens.

That sounds a bit sinister when I phrase it that way, but altering people’s behaviour has been a core part of what governments do for a very long time. The Green Cross Code was created in 1970 to alter the behaviour of pedestrians near roads by promoting concepts like “look for cars before you step into the road”. Increasingly graphic warning labels on tobacco products are intended to dissuade people from smoking. And, of course, the last 18 months has seen a plethora of attempts to get us all to live differently, from “Hands, Face, Space” to “Stay at home, save lives, protect the NHS”.

What Collier and his colleagues chart, though, is the birth of something new: the intersection of government policy objectives with the machine of the modern online advertising ecosystem. Suddenly, attempts to influence the behaviour of swathes of your citizenry doesn’t have to take the form of primetime TV adverts, massive billboard campaigns, or Star Wars’ Dave Prowse visiting schools to tell kids to look both ways before crossing. They can resemble, well, the ad campaigns that the rest of the world are using. Highly targeted, personalised attempts to change your behaviour might be the norm:

The examples of influence government uncovered by the centre range from deeply serious to almost endearingly silly. At one end of the spectrum is the National Crime Agency’s “Cyber-Prevent” program, which involves identifying young people at risk of becoming involved in cybercrime. Some arms of program, which is modelled on the anti-radicalisation Prevent scheme, involve traditional “knock and talk” visits, where NCA officers make a home visit to try and work with the young person’s parents to steer them to a different life path.

But that part of the program also sees the NCA collect a substantial amount of data about the young people it visits, which can be used to craft profiles of the typical “at-risk” teen. Those profiles can then be used to run an “influence policing” campaign, using targeted advertising aimed at UK teens with an interest in gaming who search for particular cybercrime services on Google.

“Beginning as simple text-based adverts, the NCA developed them across a six month campaign in consultation with behavioural psychologists and using the data they were collecting from their operational work,” the researchers write. The adverts were also linked to major gaming conventions, and advertorials were bought on gaming websites.

At the other end of the spectrum is the brain geniuses at the Home Office, who decided subtlety is for losers, and used Amazon’s targeting tools to focus fire safety messages at people who’d just bought candles. “You buy the candles when you’re out, you come home and your Amazon Alexa starts giving you fire safety advice,” Collier said, something about which tickled me so much he had to point out over my laughter that it is still extremely creepy to get home to find the disembodied voice of the British state commenting on your recent online purchase and warning you that you may die if you use it wrongly.

But what’s the harm?

For some, the simple fact of the state using targeted adverts to run influence campaigns is already cause for alarm. But what about those of us who think that the government probably should be trying to do things like prevent house fires and dissuade would-be cybercriminals?

There are still problems, Collier and his colleagues argue. The way personal data flows through such a system, for instance, can be concerning. The government is privy to an awful lot of highly sensitive data, from arrest records to census data, and uses that to not only measure the success of its policies, but also to design them in the first place. A marketing agency working with the police to design a demographic profile of a typical cybercriminal and then target adverts against that profile isn’t a straightforward violation of data protection – it’s not like someone has just hit “upload” and sent a bunch of private information to Facebook – but it is, the researchers argue, something we ought to stop and think about as a matter of public policy.

That concern, that these campaigns are being run without people stopping to think about what they entail, underpins a lot of the team’s worries. A “nudge” campaign is, they argue, public policy, from inception, and ought to be discussed, and planned, in public with the input of elected officials, just like any other public policy. In reality, these campaigns often seem to be thrown together by a small group of communications professionals, often working hand in hand with an external agency, the lack of oversight justified by the tiny budget the whole thing takes: a well-targeted campaign can blanket a few thousand people with adverts for well under £1,000.

Collier gave me one example of how such a campaign could backfire, drawing from a real-world example of a push to cut knife crime using, as he described it, “a sanitised version of black culture, YouTube videos that sound similar to drill music in a way that I think is quite cynical.” As well as the simple risk – that the government doing this stuff badly wastes time and money, directing resources away from less cynical approaches that might actually work to cut knife crime – there’s a deeper one: a highly targeted version of the campaign could result in a young at-risk teen being blasted with such adverts all day, every day, in a fashion that could lead to them starting to believe that knife crime is more prevalent than it actually is. If the campaign backfired hard, that person might even start carrying a knife, purely as a result of an inept government campaign.

That risk may be confected, but it’s hard to tell – which is, for Collier, the point. “Every government department basically will be doing at least a bit of this stuff off their own back,” he says, “and I really think there’s a serious potential for harm that is being missed.”

If you want to read the complete version of this newsletter please subscribe to receive TechScape in your inbox every Wednesday.