Teachers in Wales get 1.75% pay rise backdated to September 1 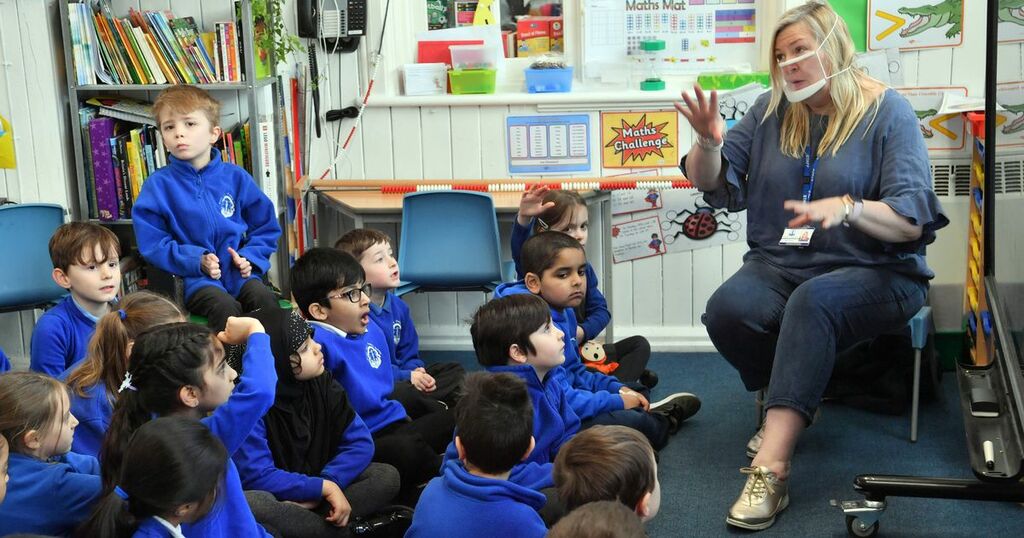 Teachers in Wales are getting a 1.75% pay rise backdated to September 1 with an extra £6.4m being given to councils from the Welsh Government to help pay for it.

The National Association of Headteachers Cymru said the rise was effectively a pay freeze and did "nothing" to address years of below inflation rises.

Education Minister Jeremy Miles confirmed today that he has accepted 12 recommendations on teachers’ pay from an independent panel.

The £14.87m package will have to be met from within existing local authority budgets, only slightly cushioned by the £6.4m additional funding. Some fear this could lead to cuts elsewhere in schools.

That £6.4m extra was agreed by Welsh Government after councils said they did not have enough money to cover the raise.

There has been no extra funding for a teachers’ pay rise this year from Whitehall this year.

Read more: The pay rises awarded so far this year to people in different jobs

In a written statement the Minister said he accepted councils were under “exceptional budget pressures as a result of the pandemic this financial year”.

The rise is less than the latest rate of inflation - which according to the CPI index rose to 2% in July - but better than the situation for teachers in England where a pay freeze has been recommended.

This is the third year that teachers’ pay has been devolved to Wales.

In a Written Statement Education Minister Jeremy Miles stressed there was no extra cash for the rise from Whitehall to cover the pay rise and said most of the bill would have to be met by local education authorities.

He said: “Given the UK Government’s decision to freeze public sector pay, the Wels hGovernment did not receive any additional funding through the Barnett formula to provide for public sector wide pay awards in 2021-22, with the exception of the NHS and those on the lowest wages.

“This is a decision of the UK Government’s making but has a direct consequence for Wales.

“Following discussions with local authority representatives on ongoing and exceptional budget pressures as a result of the pandemic this financial year, I can confirm that, in addition to the funding already provided, we will provide a further £6.4m towards supporting the cost of the pay award in schools and sixth forms this financial year.”

Laura Doel, director of school leaders’ union NAHT Cymru said: “While we welcome the additional money, it does little to counteract the years of below inflation pay rises, amounting to pay lost in real terms since 2010.

"At 1.75 per cent, not only is it below inflation, but it effectively amounts to a pay freeze. The latest Treasury average inflation forecasts for the fourth quarter of 2021 shows RPI at 4.3%.

“This additional money will not help solve teacher supply problems, which could get much worse alongside the severe workload and wellbeing issues, which our recent survey of school leaders highlighted.

“We urge the Welsh government to reflect on the impact of continuing the long freeze on teachers’ pay and how it will hit the living standards of our members hard, damaging morale and further reducing the ability of the profession to recruit and retain teachers and aspiring school leaders.”

“Finally, we called for a fully funded pay rise as that does not come out of school budgets. Local authorities are already struggling with Covid costs and this burden cannot be passed on to schools.”

The Minister added in his Written Statement that negotiations between further education colleges and unions are ongoing and £1.5m will go to colleges to help them fund pay awards for their teachers.

“The Welsh Government has a long-standing commitment to pay parity between teachers in school and lecturers in further education.

“In setting teachers’ pay for the third time, we have continued to diverge from the proposals in England by awarding teachers in Wales higher pay and introducing some key changes requested by the profession.”

He hoped this would help to promote teaching as a profession of choice for graduates and career changers.

To get the latest Welsh Covid news sent directly to your inbox sign up for our weekday newsletter The Coronavirus Briefing here.