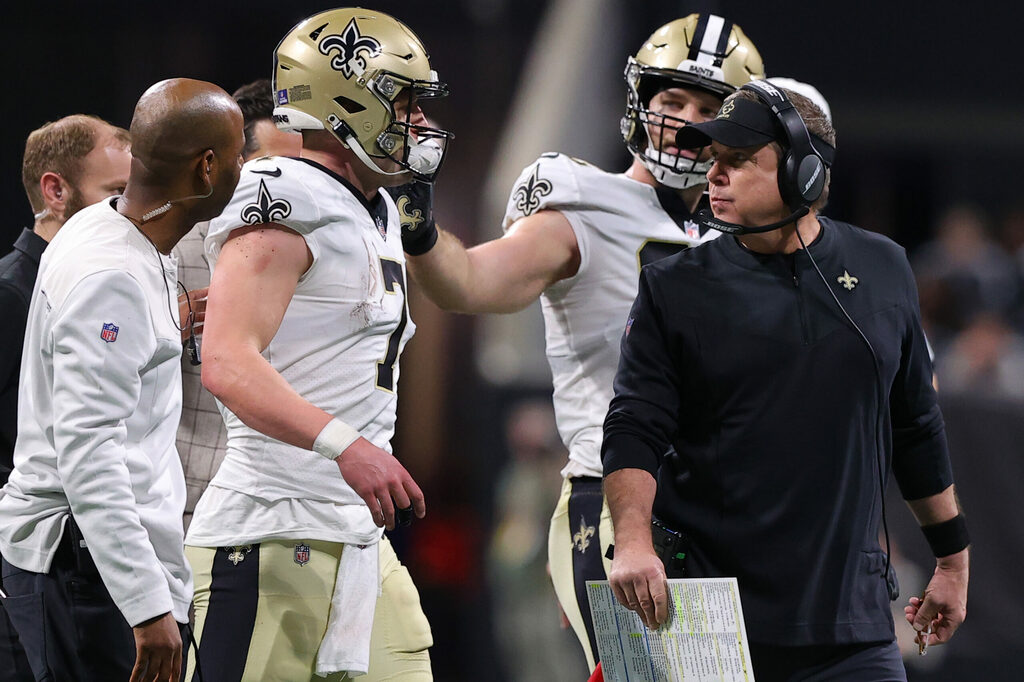 That’s not good. New Orleans Saints quarterback Taysom Hill left Week 18’s game with the Atlanta Falcons early with a foot injury, which the team announced makes him questionable to return. Trevor Siemian will continue to play in his place; with Ian Book inactive, it makes Alvin Kamara the team’s emergency quarterback option. As he’s said before, he’s “ready to get my Drew Brees on” if needed.

The stakes couldn’t be higher. The Saints need a win here, combined with a Los Angeles Rams win over the San Francisco 49ers, to clinch a playoff berth. But the 49ers are playing them close and only trail by 17-10.

At least Siemian has been playing well after coming off the bench. FOX Sports sideline reporter Laura Okman shared that Saints coach Sean Payton specified Hill has a Lisfranc injury during the halftime break, but that “If he can go, he will go.” Lisfranc injuries have a reputation for ending seasons; let’s hope Hill’s isn’t so severe. His 2015 season at BYU was ended by a Lisfranc injury to his right foot; this time, he’s dealing with an injury to his left foot.