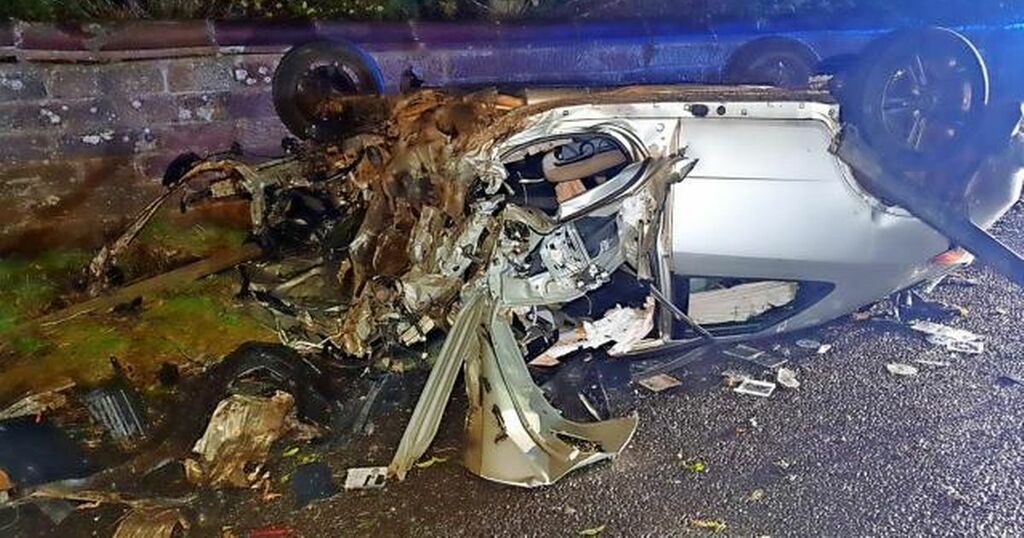 Tayside Police has released images of a horror car crash in Perthshire as a warning against reckless driving during the winter months.

Officers from the Tayside Roads Policing Unit discovered the mangled vehicle last week, which had just been involved in a road traffic collision on an undisclosed country road within t he region.

The driver had swerved after exiting a blind corner and discovering deer on the road, but thankfully they avoided serious injury.

Urging caution from the public, a Tayside Police spokesperson said: “Country roads account for approximately 60 per cent of all fatalities on Scotland’s roads and in 2019, over 1000 people were killed or seriously injured on country roads.

“No matter how well you think you know a road, it’s crucial to be as prepared as possible for the unexpected to happen, especially on country roads where you are likely to come across hazards such as wildlife on the road.

“As the nights draw in and weather conditions begin to change, we ask that drivers be extra cautious on country roads and drive to the conditions.

“And, as always, belt up and please be mindful of your speed.

“For more information and advice on road safety go to https://roadsafety.scot”