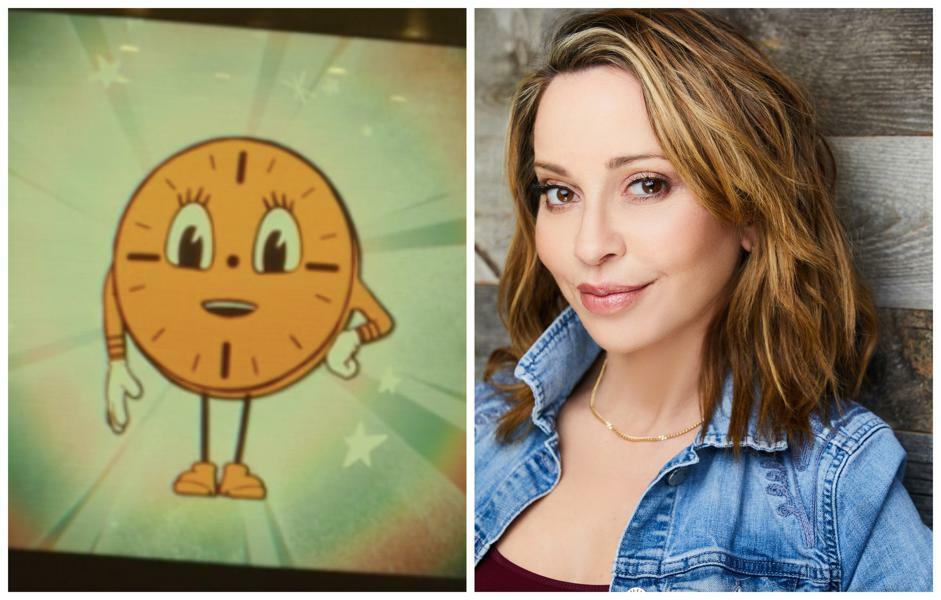 Things are just heating up for the Time Variance Authority and its mysterious holographic administrator: Miss Minutes. The finale of Loki surprised audiences with the announcement that the series would return for a second season on Disney+ (making it the very first MCU television project to be renewed for another outing).

It’s pretty much a sure bet that Tom Hiddleston (Loki), Sophia DiMartino (Sylvie), Owen Wilson (Mobius), Gugu Mbatha-Raw (Revonna Renslayer), Wunmi Mosaku (Hunter B-15), and Jonathan Majors (He Who Remains/Kang the Conquerer) will return for the next set of adventures across the multiverse, but what about the TVA’s clock-faced mascot?

“As of the end of the first season, we don’t really know Miss Minutes’ true involvement in the TVA,” Tara Strong, the voice of the character, says. “And I don’t either, so I cannot give you that spoiler. It would be pretty fascinating to have her be a really big role in that and, of course, I’ve seen online that people are saying she runs the TVA. I’m open to anything with her as long as she gets to continue.”

Speaking with The Hollywood Reporter back in July, Loki director Kate Herron voiced her enthusiasm for a slasher movie starring Miss Minutes.

“I’m in, sister!” Strong exclaims with a laugh. “[Kate] was a dream to work with. When you think of how they married that very vintage look with old tech and very futuristic tech — and it’s a seamless marriage. I am a human that loves when there is enough funding to bring creativity out of someone’s mind so vividly to the screen, and Loki really is that. It’s a beautiful, beautiful show. So yeah, anything Kate wants to do, I’d be like, ‘Yep! Oh, you want me play a garbage can now? Yeah, whatever you want. I’m a pickle? Great!’”

After Sylvie murders He Who Remains in Episode 6 (“For All Time. Always”), Loki returns to the TVA headquarters to find that no one remembers who he is.

What’s more: the usual statues of the apocryphal Time Keepers have been replaced with giant stone effigies of Kang (set to be the main antagonist in Ant-Man and the Wasp: Quantumania). Given that Miss Minutes knew the truth behind the founding of the temporal organization — and deliberately kept its dirty secrets under wraps — it’s probably safe to assume that she still exists in this frightening new reality.

“It would be strange to have the TVA experience without her,” Strong continues. “I don’t want to make assumptions, but the more involved she is, the better. She’s such a fascinating character. In the beginning, you think she’s just someone on an animated screen and then suddenly, she’s suddenly a holographic figure. So, what else could she be? ...  We don’t really know her origin story. That’s still being built, so it would cool if they had a lot more for her to do and I wouldn’t be upset if Miss Minutes suddenly turned into an on-camera Tara Strong in Season 2. I’d be ok with that.”

Whether Strong is asked back for Season 2 or not, she can rest easy knowing that Miss Minutes is now a member of the pantheon of iconic animated characters the actress has helped bring to life over the last three decades.

“It’s like this present that keeps getting delivered that I keep unwrapping and keep being delighted by,” she says of the hit Marvel series.

Minutes may be Strong’s most recent claim to fame, but fans already knew her as Timmy Turner (The FairlyOdd Parents), Bubbles (The Powerpuff Girls), Dil Pickles (Rugrats), Raven (Teen Titans), Harley Quinn (Batman: The Animated Series), and plenty of others long before Loki was a twinkle in Kevin Feige’s eye.

All of Strong’s roles have resonated with fans across the globe and in the era before COVID-19 drastically changed the way humans interact with one another, she was lucky enough to meet with many of them at conventions.

“What a great gift I’ve had to be able to be a conduit for these voices,” she adds. “When I think, ‘Have I done enough for the world?’ Because I do believe we’re here to do good and make people feel good. I’m like, ‘Thank you that I’ve been able to touch people all over the world with these characters.’ I’m really grateful for my career for that reason.”

While the concept of helping make the world a better place isn’t exactly a novel concept, it is something that relates to Jewish tradition of “tikkun olam,” which roughly translates into “repairing the world” through acts of kindness. Raised in a proud Jewish household in Toronto, Strong (the granddaughter of a cantor) says she was instilled with a great amount of respect for cultural practices from a very young age.

“I always loved tradition. I love tradition in every religion. If a religion is helping you be a better person and traditions bring you together, that's just beautiful. I’ve always loved Passover. I would host huge Passover seders in my home in L.A. One of them was 70 people in my backyard.”

At 16, Strong took part in March of the Living, a program that takes thousands of high school students on trips to Poland, so that they can tour what remains of the Nazi concentration camps erected during the Holocaust.

“When you watched that many people going from Birkenau to Auschwitz under the gates of ‘Arbeit Macht Frei’ in silence, it’s so powerful,” Strong recalls. “We sang on top of the crematorium that the Jews had blown up after they were liberated. It had been a rainy day and when we started to sing, the sun came out. It was a song by Chana Senesh about seeing the sun and being free. And Elie Wiesel spoke. This is a man who has spoken around the world and he teared up after we sang. He said, ‘I look at this sea of faces and I know [that] had you all been here during the war, you’d all be dead.’”

Strong’s own grandmother helped save an entire generation of Jews by putting her five sisters on a boat from Russia to the United States during the pogroms in Eastern Europe. “I’m not afraid to say I’m Jewish and to love my landsmen and to embrace my culture and where I’m from. It’s something I feel very strongly about. I’m very proud of where I’ve come from and I hope to help educate people online as much as I can to just love each other. That’s really what it’s all about.”

During the most recent bout of fighting between Israel and Hamas this past May, the actress helped raise money for Children of Peace. The British non-profit is devoted to fostering relations between young Israelis and Palestinians by way of the arts.

“It’s so beautiful and even me doing that still had hatred online,” she adds. “I don’t understand how people don’t understand that Judaism and politics are two different discussions. Nobody should be penalized or hated for who they worship, who they love, the color of their skin, where they’re from. I don’t understand it at any level.”

Strong closes out our interview with by adopting her iconic Timmy Turner voice: “I wish we could all love each other.”

Cosmo, Wanda...you heard the kid. Make it so.

All six episodes of Loki Season 1 now available to stream on Disney+. In addition, Strong can currently be seen in the live-action role of drug boss Tiggy Sullivan on Pretty Hard Cases (the first season is now available to watch on IMDb TV).