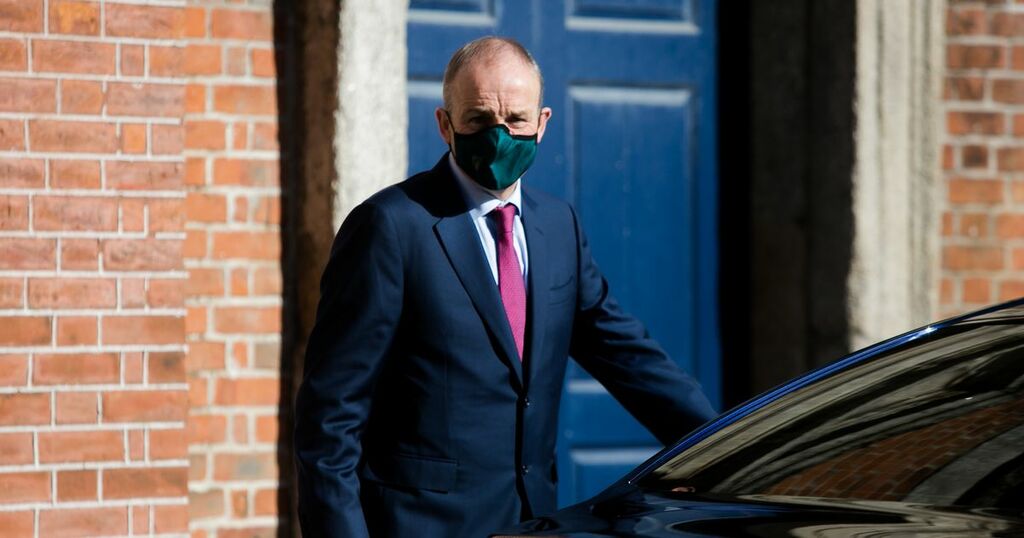 Taoiseach Micheál Martin has hit back at criticism of Budget 2022 and denied the Government’s money measures were robbing Peter to pay Paul.

When it was put to him that the people of Ireland were struggling to heat their homes and make ends meet as the cost of living soars, he said this Budget “has to be seen in the context of us coming out of the pandemic.”

He said: “I’m in marvel at the degree to which people have quickly dismissed the pandemic and its impact.

“I think we’re making a faster economic recovery than we thought.”

He said the Budget was “hugely supportive” on the supply of housing, health, education, childcare and looking after young people.

He said: “Then you have the social welfare package in terms of the fuel allowance, the old age pension and various other increases.

“That meets the cost of living increases.

“We would love to do more but the overall package is about one and a half billion over and above the investments in all the other areas.

“I think our focus has to continue to be giving people jobs, housing, the health areas and climate change.

“I think the most extraordinary figure I heard today in relation to the Budget is the fact that in 2021 and 2022, as we emerge from a global pandemic, 400,000 jobs will have been brought back and created in this country.

“And I think that is an extraordinary achievement in such a short space of time and I think it reflects the sensible, competent economic policy pursued by the Government since the pandemic came in.”

When put to him that the Government were robbing Peter to pay Paul by giving a €5 increase in social welfare and the State pension but hitting people with a €7.50 carbon tax, Mr Martin told the Irish Mirror: “We’re not, we’re not.

“The older generations have an obligation to make sure we leave this planet in a better way for young children and young people because we’ve seen already this summer the degree to which climate change is killing the planet, destroying people’s lives and we have to take action and every country does.”

A single, childless person working in the private sector with a salary of €35,000 will receive €2 back per week under income tax changes in Budget 2022.

When asked if this is good enough, Mr Martin said “we don’t want to overheat the economy.”

He added: “It’s an improvement but it’s limited because if we do anymore we run the risk of overheating the economy in the short term which we do not want to do.

“At the end of the day, your purchasing power, there’s no point in chasing after the inflation.”

He denied a €5 increase in social welfare was crumbs stating: “I don’t agree with that.

“I think coming out of the pandemic it will protect people against cost of living increases.

“Some people will do better in terms of living alone allowance and fuel allowance in particular.

“If you add all of it together over the next while it will help people.”

On reducing the cost of childcare for families, the Taoiseach said Children's Minister Roderic O’Gorman “wants to freeze any increase in costs this year” but indicated the focus was better pay for staff.

When it was put to him that soaring childcare costs are a barrier to women returning to work and the cost is like a second mortgage for families, he said: “We want to freeze it this year but then see what we can do in future years in terms of reducing costs.

“We need to get better pay for workers in the childcare sector and we’re not going to let it carry on any longer.”

The Fianna Fáil leader said “supply is the answer ultimately for people” when asked about what was in Budget 2022 for renters.

He said he did not agree that there was nothing from the Government to help renters in the Budget.

He said there is tax relief for workers and it will help people earning below and above €35,000.

He defended Housing Minister Darragh O’Brien’s plan to link the rise in rents to inflation and said “let’s not knock the measure, it’s there in terms of the longer haul in linking it to the cost of living index.”

Mr Martin said the move to make contraception free for women aged between 17 and 25 year olds could “perhaps” be expanded in the future to those aged over 25.

The Taoiseach also said “free transport” is a long way off for people in Ireland after a Budget measure halved the cost of public transport for 19 to 23 year olds.

When asked about the €4 billion Covid contingency fund announced in the Budget, Mr Martin said: “That’s a temporary once off funding that’s there for a contingency like a pandemic.

“So as I say, we’re not going to over heat the economy, but measures may arise.

“Again, this pandemic has taken a number of twists and turns so we’re not taking any chances with it so we want to put money aside in case something goes wrong in the pandemic.”