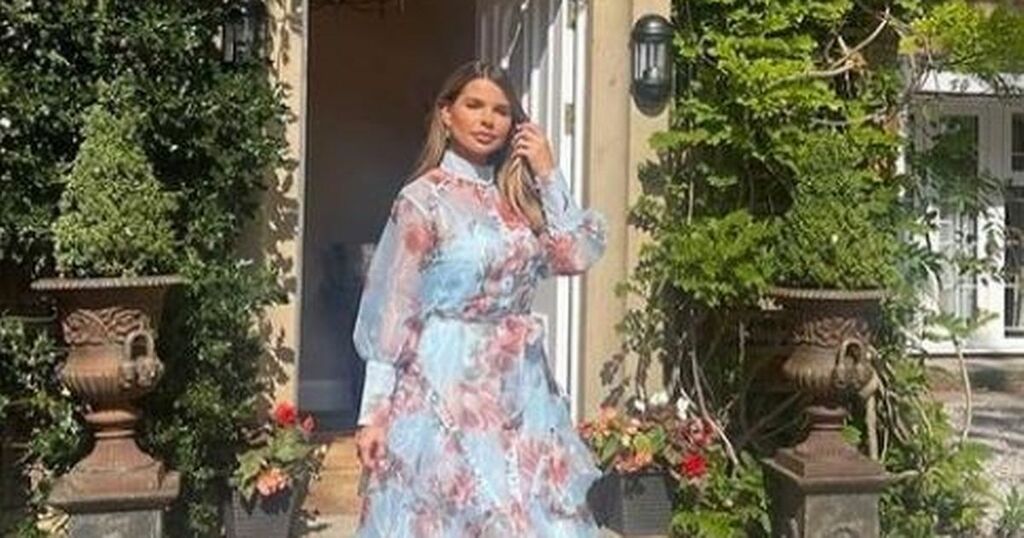 The Real Housewives of Cheshire star Tanya Bardsley has shared a health update after her recent collapse.

An ambulance was called after Tanya was taken ill on a photoshoot and she was rushed to hospital.

The mother-of-four, who was doing a shoot for fashion brand My Glam Style at the end of August, explained she had collapsed from stress from 'over working and basically trying to be perfect in every area of my life - mum, wife, business woman, carer for poorly relatives.'

Tanya told fans that she was resting after her 'brain and body shut down as a warning' as she thanked those on the shoot who had come to her aid and the ambulance service for their 'quick reactions.'

Today the entrepreneur shared photos from her cousin's wedding as she thanked people for their support.

"I got let out of rest time out for a few hours for my cousin @mr_kirkwood_ beautiful wedding to the stunning Amy," she wrote.

"I’m feeling much thank you for all your lovely messages I’m still waiting on some results thank you."

"So glad you are feeling better Tan," replied her co-star Rachel Lugo.

"Take it easy though."

"Gorgeous and glad you are feeling better," said another follower.

Boutique owner Tanya, who is married to Burnley footballer Phil Bardsley, has starred in the ITVBe reality show since it launched in 2015.

She recently revealed she had been diagnosed with attention deficit hyperactivity disorder (ADHD), a condition that affects people's behaviour, after years of battling anxiety.

She explained on the show that she'd quit booze to 'level out' her medication, and she revealed how to stop people from offering her a drink.

"Apple juice in a champers glass stops everyone mithering you to drink," she said on her Instagram.

She told co-stars Rachel, Nicole Sealey, Lauren Simon and new housewife Debbie Davies: "I have been diagnosed with ADHD so I'm just trying to level my medication out and stuff. I'd been medicated for anxiety and depression in the past.

"The inner restlessness I was feeling, what I thought was anxiety, was ADHD."

She was praised for her openness about her diagnosis as the reality show returned to screens for series 13.

She said: "Since I last saw them I've sort of changed as a person.

"Because finally I know what's wrong with me. After years of anxiety and struggling with dyslexia and loads of different medication, I've recently been diagnosed with ADHD - and now it all just makes sense.

"I'm on new medication, counselling every week and to be honest with you I have never felt better."

Tanya is one of the famous faces fronting ITV's campaign to highlight invisible disabilities.

It highlights that just because you cannot see it, it doesn’t mean it’s not there.

Developed in partnership with Scope the ad also features Chase star Paul Sinha who has Parkinson's Disease, author and TV personality Katie Piper who suffered horrific injuries in an acid attack in 2008 and is blind in her left eye and Hollyoaks actress and Loose Women panellist Kelle Bryan who has opened up about living with the autoimmune disease lupus.