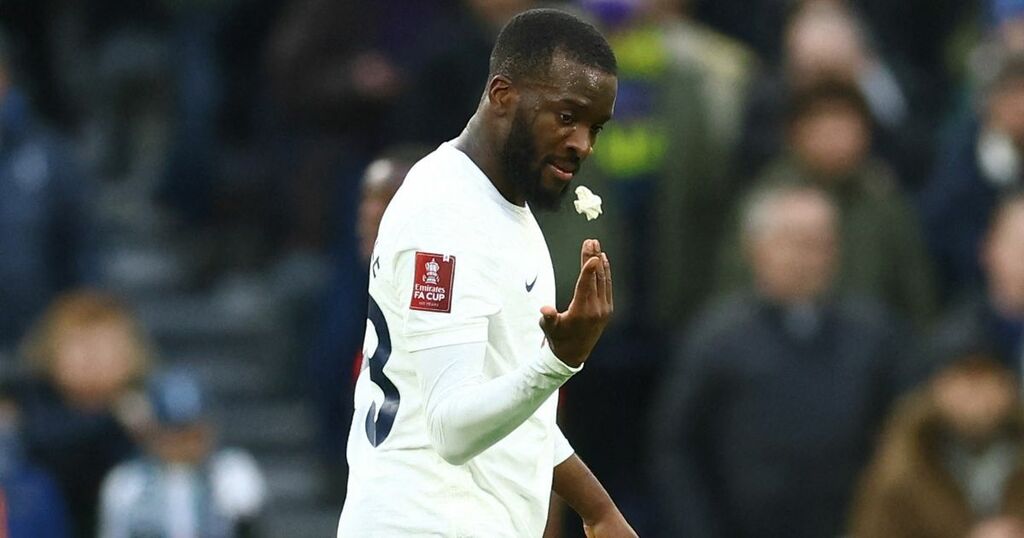 Tottenham midfielder Tanguy Ndombele is reportedly seeking a move away from the club this month after being booed off the pitch by his own fans.

France international Ndombele was jeered by some Spurs supporters as he slowly walked off the pitch during Sunday's 3-1 win over Morecambe in the FA Cup.

The former Lyon man was hooked as part of a triple substitution with Tottenham trailing their League One opponents at home with just 20 minutes left to play.

Ndombele was linked with a move away from north London over the summer, and has even attracted attention from Barcelona in the past.

According to The Athletic, he hopes he can finally call time on his spell at Spurs after failing to live up to his mammoth £55million fee back in July 2019.

The main obstacle for Ndombele is finding a club who are willing to come close to the £200,000-a-week he is currently being paid.

That means a loan exit could be on the cards if an interested club has the wage budget, but Tottenham are highly unlikely to see a similar amount to that which they paid, come in for Ndombele.

Have Your Say! How much will Tottenham get for Ndombele? Comment here.

Ndombele angered fans due to his slow walk with his team losing, but appeared to go even slower once the boos started.

And when asked about the reaction from the stands, Conte said in his post-match press conference: “I was so focused on the game because we were losing 1-0. This type of situation, they are in football.

“You have to be good to try to change your opinion. If someone is disappointed with you. It’s normal.

“I was a player and it happened sometimes to me that someone was unhappy with my performance. This is our life. I repeat, it’s OK. We have to continue to work and try to be better next time.

“We have to know very well that if we perform well, the fans are happy.

“If you don’t perform well, the fans are not happy. This is football. If we think the fans have to be happy any time, if you win or lose, I think that’s not right.