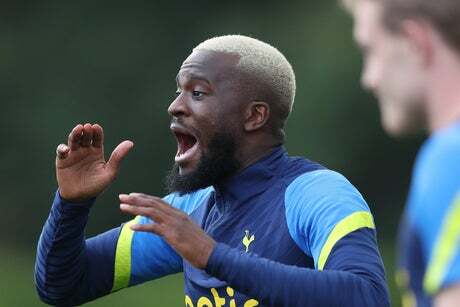 Tanguy Ndombele wants to fight for his place at Tottenham and is hopeful of making his first appearance of the season in the next week.

Ndombele asked to leave the club during the transfer window and was not selected by head-coach Nuno Espirito Santo during pre-season or for any of their five matches in August.

The midfielder, who has trained all week, has spoken to Nuno and managing director Fabio Paratici since the window closed and accepted that he needs to work hard to return to the side.

Nuno last month questioned Ndombele’s attitude and may be reluctant to put him straight in for tomorrow lunchtime’s game at Crystal Palace after so little competitive football.

But Ndombele is hoping he could play in Thursday’s Europa Conference League match at Rennes, having been added to the squad list for the competition’s group stage after being left off for the two-legged play-off against Pacos de Ferreira.

Spurs are short of midfielders for the visit to Selhurst Park, with Oliver Skipp a doubt with a groin injury sustained on England U-21 duty and Giovani Lo Celso currently training in Croatia.