Tanguy Ndombele reunion, Slovenian minnows and the Conference League journey Tottenham are on 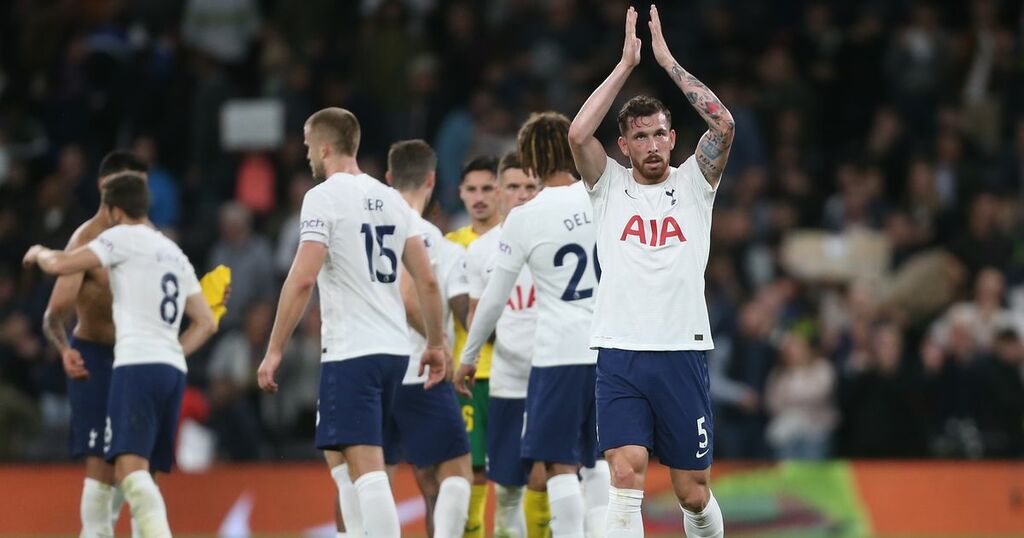 Tottenham don't have time to dwell on their defeat at Selhurst Park as they look ahead to their first Europa Conference League group fixture on Thursday.

The Lilywhites lost 3-0 to Patrick Vieira's Crystal Palace on Saturday and it was a poor performance all round as they had only two shots, a man sent off in Japhet Tanganga and Eric Dier picking up an injury in the 12th minute.

With the games coming thick and fast for Spurs, they have to quickly regroup and improve ahead of the clash with Rennes on Thursday.

After they face their French opponents, Nuno Espirito Santo's side have exactly two weeks before their next Europa Conference League fixture, which is against NS Mura on home turf.

football.london take a look at the teams Spurs are set to face in Group G.

Rennes are Tottenham's first group stage fixture. The first game will be played at their home ground, Roazhon Park, which holds just under 30,000 fans.

It will be the first time Spurs have come up against the French side but it won't be the home side's first time playing an English team. Rennes faced Chelsea in the Champions League group stages last year and lost both games. The previous year they came up against Tottenham's north London rivals, Arsenal, in the Europa League round of 16 but lost 4-3 over the two legs.

Like Spurs, Rennes qualified for a place in the European competition's play-off round and they claimed victory's against Rosenborg, in both legs, taking them into this group stage.

Tanguy Ndombele has played under Genesio before, when they were both at Lyon and the Spurs midfielder will be hoping he is picked for Thursdays game, after having no game time for the Lilywhites so far this season.

Tottenham's next group fixture, to be played two weeks after their trip to France is against Slovenian side, NS Mura.

Ante Simundza's side have had a bit of a journey to get to the group stages of this European competition. After winning the Slovenian PrvaLiga on goal difference last season, they qualified for the Champions League. They got through the first qualifying round, with two victories against KF Shkendija but lost 3-1 over two legs against Ludogorets in the second round. This then took them into the Europa League, where they won 1-0 in their second leg against Zalgris, after a 0-0 draw in the first. However they then faced SK Sturm Graz in the play-offs and lost 5-1 over two legs.

That is how Mura found themselves in the Europa Conference League and they will take on Espirito Santo's side at the Tottenham Hotspur Stadium, in their first competitive match against an English side, on September 30.

Mura are currently fifth in their league after winning three, losing three and drawing two in their opening eight games this season and this is likely to be one of Tottenham's easier fixtures in the group.

Tottenham's third fixture of Group G will be towards the end of October when they travel to the Netherlands and face Vitesse.

The last time Spurs were in Holland they were in the capital and faced Ajax in the Champions League semi-final, which is a night many fans will remember for many years to come, after a superb hattrick from Lucas Moura got them to the final.

Thomas Letsch's side overcame Dundlk in the third qualifying round of this competition, drawing 2-2 and then beating them 2-1, over the two legs. They then faced Belgian side, Anderlecht, in the play-off round but after a 3-3 draw in the first leg, they won 2-1 in the second and secured their place in the group stages.

The first fixture between the two sides will be played in the Dutch team's home ground, GelreDome, which holds just over 21,000 fans, almost three times less than Tottenham's home turf.

Although on paper the fixtures may not look to be as difficult as they could be for Spurs, Espirito Santo will want to ensure he puts out strong enough sides to secure as many points as he can in the group.

The group stage games will finish at the beginning of December and Tottenham will hope they can qualify for the knockout round of the competition to get them one step closer to silverware this season.