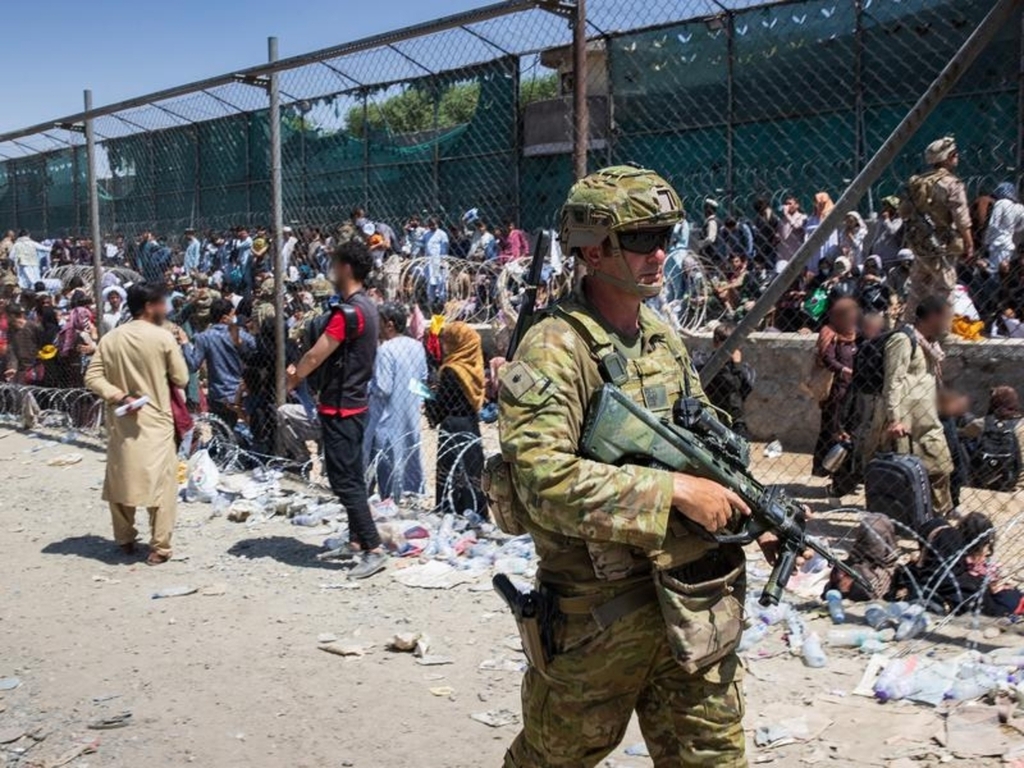 Twenty years after surviving a harrowing and infamous rescue at sea, refugee Abbas Nazari is urging Australia - the country that rejected him - to help Afghans.

As a child, Nazari fled Taliban persecution with his family on a small fishing boat crammed with 400 asylum seekers which sunk in the Indian Ocean.

Their rescue on the Tampa freight container ship triggered one of the most controversial chapters of Australia's border history.

After being taken in by New Zealand when Australia slammed its border shut, Nazari is now a Fulbright scholar and has recently released a book detailing his remarkable journey.

With his homeland once again under Taliban control, the author is urging the Morrison government to help Afghans in Australia and abroad.

He wants the 5000 Afghans living in Australia to be granted permanent residency.

"The temporary protection visa is death by a thousand cuts," Nazari told the National Press Club on Wednesday.

"It is second-class citizenship for hard-working Australians who have contributed so much to their community."

Nazari also called for the government to lift its humanitarian intake to 20,000 from 3000 for Afghans trying to escape the returned regime.

"Given the blood and treasure that is spent on Afghan soil there is a moral obligation to the Afghan people, a duty of responsibility right there that cannot be shunned."

And the Afghans who remain in offshore detention including Nauru and Manus Island, as well as under similar conditions in Australia, should be resettled or released.

His adopted home of New Zealand has a longstanding offer to settle 150 people from offshore detention but Australia has so far rejected the proposal.

Nazari lamented a "hardening of hearts" in Australia over the past two decades since the Tampa affair - a moment he sees as a turning point in politics.

He believes the characterisation of asylum seekers as boat people, illegal immigrants, queue jumpers and national security threats has had devastating consequences.

That includes helping to inspire Brenton Tarrant, the Australian terrorist who killed 51 worshippers in attacks on two Christchurch mosques in 2019.

He said $20 billion in taxpayers' money had been spent on torturing a small group of people in the "open-air prisons" of offshore detention.

Nazari said Australia and its allies had a Catch-22 decision whether to recognise the Taliban, which he believes haven't changed despite their claims.

On his memory of the disaster at sea 20 years ago, he said: "I remember the night of the storm in ultra-high definition. It is etched into my memory forever."