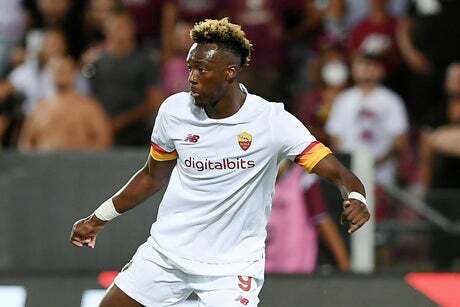 Gareth Southgate has opened the door for former Chelsea youngsters Fikayo Tomori and Tammy Abraham to return to the England squad if they impress in Italy.

The striker, who has six England caps, set up two goals on his debut before opening his account in a 4-0 win at minnows Salernitana.

Centre-half Tomori joined AC Milan permanently in June after a successful loan spell last season and has one England cap.

The pair, both 23, looked to have bright futures for club and country when they broke through at Chelsea but fell off Southgate's radar last season.

"Just because they leave the Premier League it doesn’t mean they are out of our thoughts,” Southgate said. "Fikayo, we have been monitoring very closely throughout his time at Milan and we will do the same with Tammy.

"It’s early stages for Tammy at Roma and the league is a different sort of challenge having watched a fair bit in the last couple of years. But good for him, he needs to be playing. It’s brave to take that new adventure on and I’m sure it’s one he can succeed at.”

Southgate also revealed he is monitoring the comeback of Liverpool’s Joe Gomez, who was sidelined for eight months after suffering a knee injury in England training in November.

"Joe we kept in contact with throughout his rehab," Southgate said. "We would be very cautious about when we put Joe back in. The rehab from that injury is a really important one to get right, he needs to be settled in with Liverpool with plenty of minutes on the pitch, feeling in a good place with all of that before we start thinking of selecting him with us.

“But he’s a boy we think a lot of and its good to see him close and available for selection which is great."

Southgate is set to recall England’s Euros stars for Wednesday’s World Cup qualifier in Poland after making 11 changes for the 4-0 rout of Andorra on Sunday.

Harry Kane will lead the line in Warsaw, where a sixth straight qualifying win would leave England in total control of their group and on the brink of reaching Qatar.

The England captain has scored in 14 straight qualifiers and his penalty against Andorra took him to 40 England goals – level with Michael Owen and just 13 shy of all-time top scorer Wayne Rooney.

Asked if Kane was set to break all England’s scoring records, Southgate said: “He is certainly on track to do that.

"Let’s hope he stays fit and if he plays the games, I don’t see that record not being broken. The only insight I can give you is that when I suggested putting him on [against Andorra] he was stood by my side about three-and-a-half seconds later with his tracksuit top off and his tie-ups on, and he was ready.”