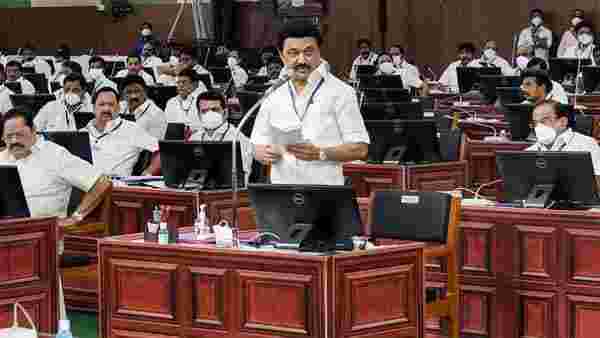 The Tamil Nadu archaeological department would undertake excavations in foreign countries and other Indian states to trace Tamil culture roots, chief minister MK Stalin announced in the Assembly on Thursday. He also unveiled finding of a study that pointed to a 3,200 year-old civilisation in Tamil Nadu.

Stalin said rice with soil/husk found in the offering pot inside of an urn at Sivakalai area in southern Tamil Nadu was sent for AMS ( Accelerator Mass Spectrometry) Carbon dating to the Beta Analytical Laboratory at Miami in Florida of USA.

The state recently received the results and "the rice samples have yielded the date of 1,155 BCE and hence, the Tamiraparani River Civilisaiton (Tirunelveli region in southern TN) is 3,200 years old and this is scientifically validated", the chief minister informed the House.

PTI reported that already excavations at Adhichanallur yielded the result of 9th century BCE and at Korkai 8th century BCE. The current findings have further advanced the date and underscored that a matured civilisation existed along the river Tamiraparani, which was called river Porunai in days of yore, it said.

Adhichanallur and Sivakalai have served as habitations, while Korkai was the port.

According to the report, the Tamil Nadu State Archaeology Department has now undertaken excavations in different parts of the state including at Keeladi, Adhichanallur, Sivakalai, Korkai, Kodumanal, Mayiladumparai and Gangaikonda Cholapuram.

Today, the chief minister said that a museum would be set up at a cost of ₹15 crore in Tirunelveli to exhibit the artefacts found during excavations in areas including Adichnallur, Sivakalai and Korkai.

To trace Tamil cultural root, he said, the state archaeological department after obtaining permission from appropriate authorities would undertake studies and excavations "across the Indian subcontinent and abroad where the Tamils made a mark."

"As a first step, excavations would be carried out at the Sangam age port town of Musiri which is now known as Pattinam and located in Kerala to ascertain the antiquity and culture of the Chera country," he said.

The chief minister pointed out that Tamil Brahmi potsherds had been discovered in Egypt's Quseir al-Qadim and Oman's Khor Rori regions signifying the ancient trade links.  "In these areas, excavations will be carried out in association with experts of these nations," he said.

Citing the conquests of Emperor Rajendra Chola I in Southeast Asia, Stalin said historically important sites in Indonesia, Thailand, Malaysia, and Vietnam would be explored with the assistance of experts of the respective countries.

"It is the Tamil people who proclaimed that all people are our kin and places are ours (Yadum Oorey Yavarum Kelir) and in pursuit of such Tamil people's cultural identities, let us travel across the globe…It is the primary duty of our government to establish through evidences and based on science that the history of the Indian subcontinent, should be written starting from the Tamil landscape," the chief minister said.