Talking Point: Will you welcome the return of the ‘sniff test’? 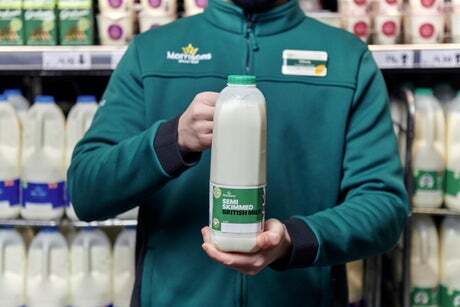 Morrisons is set to become the first supermarket in the UK to reinstate the “sniff test” for its milk, in a move the supermarket chain hopes will save millions of pints of milk from being wanted each year. Ian Goode, senior milk buyer at Morrisons, said: “Wasted milk means wasted effort by our farmers and unnecessary carbon being released into the atmosphere.

He went on to add: “So, we’re taking a bold step today and asking customers to decide whether their milk is still good to drink. Generations before us have always used the sniff test – and I believe we can too.”

Research suggests that if milk is stored properly, it can often be used safely for days after the traditional ‘use by’ dates would suggest. Marcus Gover, of food waste charity Wrap, said: “I am delighted that Morrisons is the first UK supermarket to take this important step to help reduce household food waste.”

Research from Wrap estimates that 85 million of the nearly 500 million pints of milk wasted annually in the UK is down to customers blindly following the ‘use by’ labels when they are still safe to drink.

What do you think of Morrisons reintroducing the ‘sniff test’ for their own brand milk? Is it a sensible move or would you still prefer to see exact guidance labelled? Let us know your thoughts in the comments for the chance to be featured on the ES website tomorrow.

Friday’s Talking Point: Was the Pope right to say people are selfish for having pets instead of kids?

ParisTexas said: “He’s a catholic whose main aim to to have more catholics born in the world so of course he will say this. He does not represent the rest of the world.”