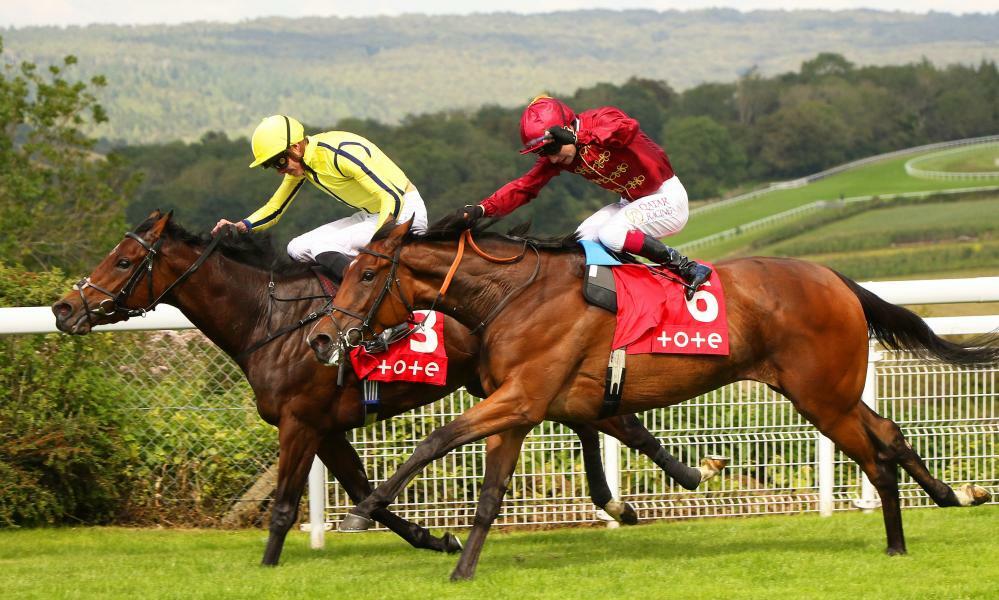 Willie Mullins will saddle six of the 34 runners in the Cesarewitch at Newmarket on Saturday as he attempts to become the first trainer in the handicap’s 182-year history to win the race four years running.

M C Muldoon, who stayed on strongly to finish a close second in the Ascot Stakes in June, is the pick according to the betting, but the lightly-raced Foveros (3.35) also has strong claims. The six-year-old made an impressive return to the Flat in May, winning a handicap at the Curragh on a tight rein, and travelled like the best horse at the weights – despite an 18lb hike in the ratings – at Galway in July. Unraced since, he looks to have been laid out for Saturday’s race and is the pick of the prices at around 16-1.

Newmarket 1.45 Several very promising young stayers in opposition here, with marginal preference for Aidan O’Brien’s Bluegrass after a much-improved performance to get off the mark at the Curragh in August. He is out of the sprinter Quiet Reflection but was sired by Galileo and this step up to 10 furlongs looks sure to suit.

York 2.02 Canonized is more exposed than most of her opponents but has been impressively consistent in 10 runs this season and her close second in a Group Three at Ayr sets the bar quite high for the rest.

Newmarket 2.20 Coroebus was headed in the final stride of the Royal Lodge last time and takes a drop in class here, but he is not a convincing odds-on shot in a field full of untapped potential. Dubai Poet, a five-and-a-half length winner at Newbury last month, makes most appeal at around 8-1.

York 2.37 Bay Bridge has not been out since winning the London Gold Cup on his handicap debut in May, but looked a Pattern-class performer at Newbury and can start making up for lost time here.

Newmarket 2.55 There were echoes of Pinatubo’s emphatic success in the 2019 National Stakes when Native Trail powered clear of the field in the same race last month, and his winning time confirmed that it was the season’s best performance by a juvenile by some way. Anything close to that level should be enough to complete an unbeaten juvenile season and cement his place as favourite for the 2,000 Guineas.

York 3.15 The Stewards’ Cup winner Commanche Falls has been eased 1lb since the Ayr Gold Cup and with the ground coming right for him, Michael Dods’s gelding could have one more valuable success in him.