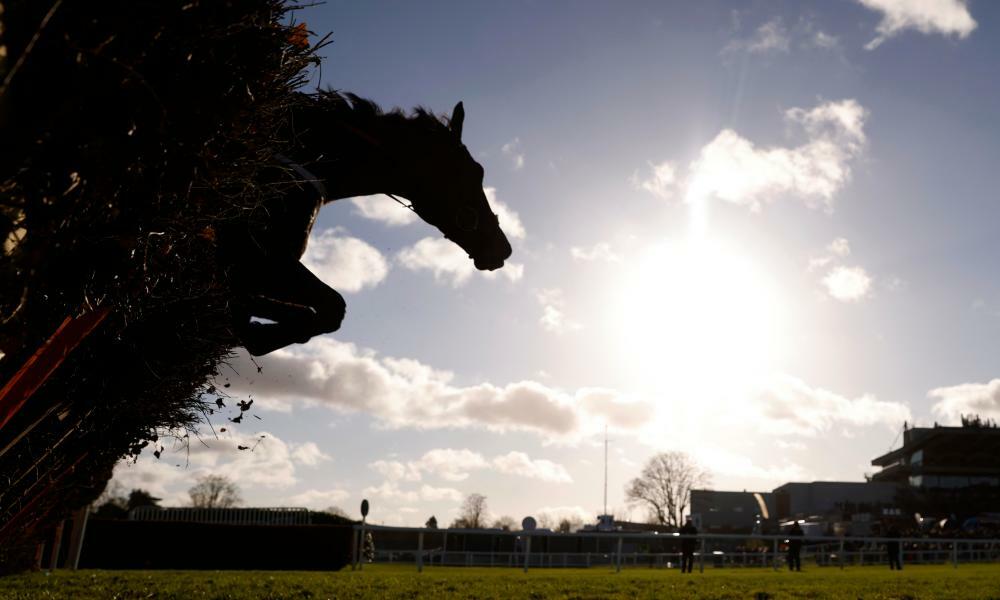 After a humiliating 23-5 drubbing by the Irish at last year’s Cheltenham Festival, the good news for British jumps racing following the weekend’s action is that the first race of the 2022 Festival, the Supreme Novice Hurdle on 15 March, is looking like a banker for the home team.

Constitution Hill was deeply impressive as he quickened clear on the bridle to win the Tolworth Hurdle at Sandown on Saturday and is now a worthy 9-4 favourite; his biggest rival may well be Jonbon (3-1), a stable companion at the Nicky Henderson yard. The bad news, however, is that the rest of the meeting threatens to be a case of what the late Yogi Berra described as “deja vu all over again”.

There are 19 non-handicap races at the Festival and Irish-trained runners currently head the market in 17. Henderson’s Shishkin, in the Queen Mother Champion Chase, is the only other ante-post favourite stabled in Britain. The nine handicaps are much more open, and British yards will account for the majority of the runners – but they had two-thirds of the handicap runners last time around, and Ireland still went home with seven wins from nine.

It was against this distinctly unpromising backdrop that Ruth Quinn, the British Horseracing Authority’s director of international racing and racing development, released details last week of what the BHA plans to do to “ensure [Irish] raiding parties in future years face even stiffer opposition”.

Quinn chaired the BHA’s Quality Jump Racing Review Group, which was formed in May in the aftermath of the thrashing at Cheltenham, and a Grand National at Aintree in which 10 of the first 11 home were trained in Ireland. The group came up with five aims and two recommendations, none of which will make any difference this season but might, they hope, start to restore a little parity from 2023.

The aims include seeing “Britain’s best horses more regularly running against each other outside of the Festival”, to “encourage more of the sport’s highest-investing owners to have their horses trained in Britain”, and to “neutralise prize money as a consideration for owners when decisions are taken about whether a horse is trained in Britain or Ireland”.

To this end, the recommendations are that Britain should “incentivise greater competition between the sport’s leading horses in all divisions by implementing significant change to the jump pattern and listed programme”, and “deliver a significant prize-money increase” for jumping, with increased minimum levels to encourage owners to run their horses outside the major Festivals.

These are sensible ambitions, and suggest British racing is waking up to the possibility that these things are not “always cyclical” and bound to turn around soon enough, as has often been claimed in the past.

The nub of the issue, though, as the Review Group seems to appreciate, is the regularity with which Ireland has outperformed its representation at Cheltenham for the best part of a decade. This suggests that while Britain has many more jumping horses – with 33,000 starts over jumps in 2021 compared to just under 20,000 in Ireland – a significant and consistent majority of the very best of them are on the other side of the Irish Sea.

Even a “significant” boost to the prize money on offer in Britain may do little to address this imbalance, because Ireland’s allure for the super-rich owners who increasingly dominate the winter game is about more than just the money on offer. The rewards for top-class jumps horses are certainly attractive, and consciously directed towards Graded races rather than handicaps, but that reflects a top-down appreciation of racing and breeding’s significance to the Irish economy as a whole, and its rural economy in particular.

Racing in Ireland gets its funding directly from the government, as a slice of a levy on all betting turnover, including money gambled on the much larger British programme. The rate doubled from 1% to 2% in 2019, following lobbying by the horse and greyhound racing industries. Covid has had an impact on funding in Ireland as it did on prize money in the UK last year, but the fundamentals of the Irish model are sound, and consistent success for Irish horses in Britain and elsewhere boosts betting turnover and, as a result, the tax take as well.

It is a virtuous circle that the UK industry is never likely to match and while last year’s Festival set a very high bar, the latest odds suggest either 19 or 20 winners as Ireland’s most likely return, with 23 or more on offer at just 12-1. Astonishing as it would have seemed just a decade ago, that might not be the worst price of the week.