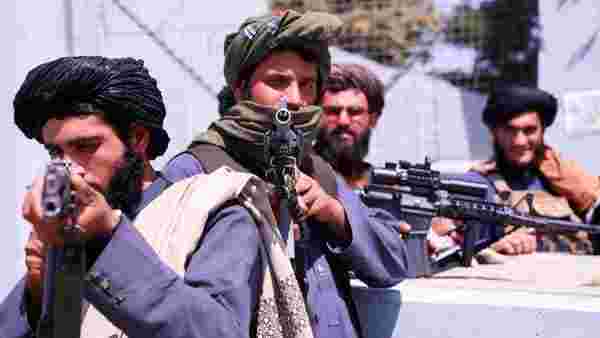 KABUL : The Taliban unveiled the new government of a restored Islamic Emirate of Afghanistan on Tuesday, giving no positions of power to other political forces, religious minorities or women as they pledged to implement strict Islamic rule three weeks after seizing Kabul by force.

In an appointment that would make recognition of the new government by Western nations more difficult, Sirajuddin Haqqani, designated a global terrorist by Washington because of close links between al Qaeda and the Haqqani network that he heads, was named minister of interior, with oversight of Afghanistan’s police and internal security.

While the Taliban’s supreme leader Haibatullah Akhundzada retains oversight of state affairs, the new prime minister is Mullah Hassan Akhund, who served as foreign minister in the previous Islamic Emirate, which was ousted by the 2001 U.S. invasion.

“Our previous 20 years of struggle and Jihad had had two major goals. Firstly to end foreign occupation and aggression and to liberate the country, and secondly to establish a complete, independent, stable and central Islamic system in the country," Mr. Akhundzada said in a statement on behalf of the Taliban’s leadership office on Tuesday. “Based on this principle, in the future, all matters of governance and life in Afghanistan will be regulated by the laws of the Holy Shariah."

The new government’s announcement, made at a hastily convened Kabul press conference after dark, followed months of Taliban assurances to foreign diplomats, journalists and Afghan politicians that they sought to create an inclusive administration that represents all parts of the Afghan society.

“It is not ‘inclusive’ in any sense of the word. It is a slap in the face to other Afghans and the international community," said Barnett Rubin, a former State Department official and an academic long involved in peace talks with the Taliban who is now a nonresident fellow at the Center on International Cooperation of New York University. “Bottom line: Afghanistan still needs a political settlement, and this government takes the country further away from that objective than before."

Marking the end of the Afghan republic, established in 2001, the new government of the restored Islamic Emirate was formed a day after the Taliban seized the last provincial capital outside their control as they routed resistance forces in the Panjshir valley north of Kabul.

Hours before the press conference, the Taliban violently dispersed the largest protest so far against their rule in Kabul, shooting in the air and using truncheons to beat back hundreds of demonstrators, most of them women. No members of the new government attended the press conference.

So far, no other government has extended diplomatic recognition to the Taliban, though Russia, China, Qatar, Turkey and Pakistan have kept their embassies in Kabul open after all Western missions closed down last month. In the 1990s, only three nations recognized the Taliban regime in Kabul: Pakistan, Saudi Arabia and the United Arab Emirates.

Just as in the Taliban administration of the 1990s, almost all top members of the new government are ethnic Pashtun, with one deputy prime minister slot going to an Uzbek, a Tajik commander from the northeastern Badakhshan province becoming chief of army staff, and another Tajik taking over the ministry of economy. The Shiite Hazara community, whose representatives held important positions during the republic and which accounts for more than a fifth of the nation’s population, was excluded altogether.

Mawlawi Mohammad Yaqoob, the Taliban’s military chief during the insurgency, became minister of defense, while Abdul Ghani Baradar, the head of the Taliban’s political office in Doha, Qatar, and the face of the Taliban during negotiations with the international community, was appointed as another deputy prime minister.

The Taliban’s chief spokesman, Zabiullah Mujahid, who announced the new lineup in what used to be the Afghan republic’s U.S.-funded media center, insisted that the new government represented the whole nation.

Shortly after the Aug. 15 fall of Kabul, Taliban representatives visited personalities of the former republic who stayed behind in the Afghan capital, such as former President Hamid Karzai and former chief peace negotiator Abdullah Abdullah. They aren’t included in the current cabinet but might be given deputy ministerial positions in the future, said another Taliban spokesman, Ahmadullah Wasiq.

With the advances into Panjshir, the Taliban have essentially extinguished the only remainder of armed opposition to their rule. Tuesday’s demonstrations, however, indicated that they also have to reckon with simmering discontent within the wider Afghan society, particularly in Kabul, a modern metropolis where many oppose the Taliban’s puritan ways.

With the country cut off from the international financial system and most foreign aid, long lines have formed daily at bank branches in Kabul as Afghans try to withdraw at least part of their savings.

In Kabul, opinions were divided about Tuesday’s protests. A shopkeeper along the march’s route said he agreed with the demonstrators. “The Taliban government, we don’t know who is doing what, and whether it is Pakistan that is pulling all the strings," he said. “The banks have no money, the business is in trouble, everyone is talking about a coalition against the Taliban."

The shopkeeper next door held an opposite view. “The previous government was a government of corruption. They are all out there protesting because they can’t steal anymore," he said. “The Islamic Emirate brought us security and a true Islamic system."