Around 200 foreigners leave Afghanistan on commercial flight to Qatar 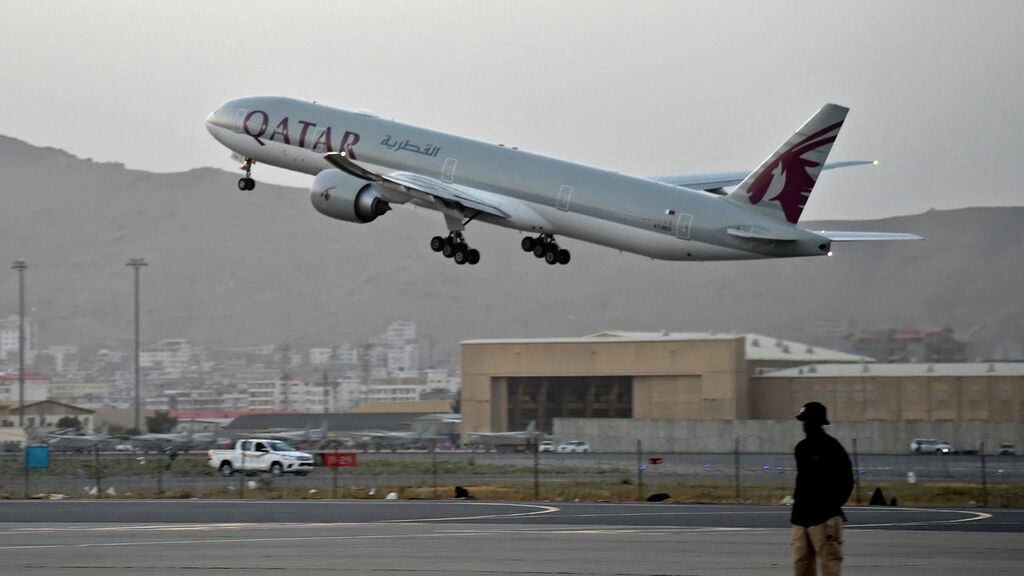 Around 200 foreigners, including several Americans, left Afghanistan Thursday on a flight from Kabul to Doha, Qatar, according to the AP and the Washington Post.

Why it matters: The Qatar Airways flight was the first mass evacuation of Americans, green card holders and people of other nationalities since the U.S. airlift operation concluded at the end of August.

What they're saying: White House spokeswoman Emily Horne confirmed the flight and said that "the Taliban have been cooperative in facilitating the departure of American citizens and lawful permanent residents on charter flights from HKIA."

The big picture: U.S. Secretary of State Antony Blinken called on the Taliban this week to allow charter flights to leave Afghanistan and said the U.S. is working with the group to extract U.S. citizens and at-risk allies who were left behind after the airlift operation ended.

Editor's note: This post has been updated with new details throughout.