Taliban to allow 200 foreigners to leave on charter flights

By Peter Beaumont and agencies 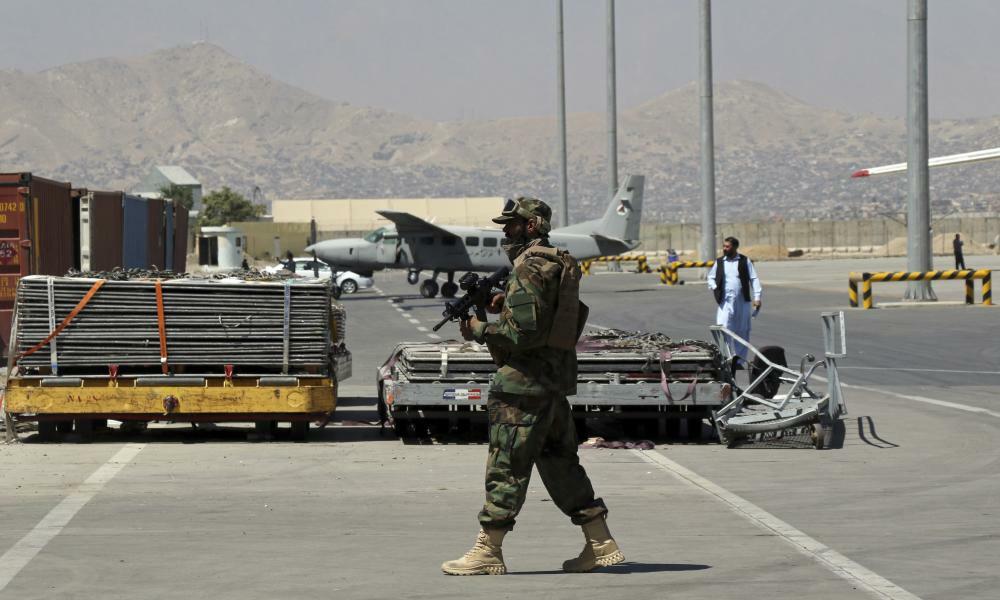 Two hundred Americans and other foreigners who remain in Afghanistan were expected to depart the country on charter flights from Kabul on Thursday after the new Taliban government agreed to their evacuation.

The departures will be among the first international flights to take off from Kabul airport since the end of the chaotic US-led evacuation of 124,000 foreigners and at-risk Afghans.

The new Taliban-approved departures come amid mounting concern over the rapidly deteriorating human rights situation under the hardline Islamist group’s new rule, including around freedom of expression and women’s rights.

With the Taliban moving to ban demonstrations after the appointment of a new interim cabinet, Afghan journalists on Thursday described being beaten and detained after covering protests.

Among them were two reporters who were left with welts and bruises after being beaten and detained for hours by Taliban enforcers for covering a protest in the Afghan capital on Wednesday. They were taken to a police station in the capital, where they say they were punched and beaten with batons, electrical cables and whips after being accused of organising the protest.

“One of the Taliban put his foot on my head, crushed my face against the concrete. They kicked me in the head … I thought they were going to kill me,” said Nematullah Naqdi, a photogapher.

Despite promises of a more inclusive regime, including permitting journalists to work, the Taliban have moved forcefully to extinguish opposition against their rule, including the ban on unauthorised protests issued by the ministry of the interior on Wednesday.

Naqdi and his colleague Taqi Daryabi, a reporter, who both work for Etilaat Roz (Information Daily), were covering a protest in Kabul by women demanding the right to work and education.

Naqdi said he was accosted by a Taliban fighter as soon as he started taking pictures.

“They told me: ‘You cannot film,’” he said. “They arrested all those who were filming and took their phones.”

“The Taliban started insulting me, kicking me,” said Naqdi, adding that he was accused of being the organiser of the rally. He asked why he was being beaten, only to be told: “You are lucky you weren’t beheaded.”

The new evacuation flights follow pressure on the Taliban to allow the departures by the US special representative, Zalmay Khalilzad, according to a US official.

The official could not say whether the American civilians and other foreign nationals were among people stranded for days in the northern Afghan city of Mazar-i-Sharif because their private charters had not been allowed to depart.

The Taliban’s announcement of a new government on Tuesday was widely seen as a signal they were not looking to broaden their base and present a more tolerant face to the world, as they had suggested they would do before their military takeover.

Foreign countries greeted the interim government with caution and dismay on Wednesday. In Kabul, dozens of women took to the streets in protest.

Many critics called on the leadership to respect basic human rights and revive the economy, which faces collapse amid steep inflation, food shortages and the prospect of foreign aid being slashed as countries seek to isolate the Taliban.

The White House spokesperson Jen Psaki said no one in the Biden administration “would suggest that the Taliban are respected and valued members of the global community”.

Longer-term aid would depend on the Taliban upholding basic freedoms, she added.

The new acting cabinet includes former detainees of the US military prison at Guantánamo Bay, while the interior minister, Sirajuddin Haqqani, is wanted by the US on terrorism charges and carries a reward of $10mn (£7.25m).

His uncle, with a bounty of $5m, is the minister for refugees and repatriation.