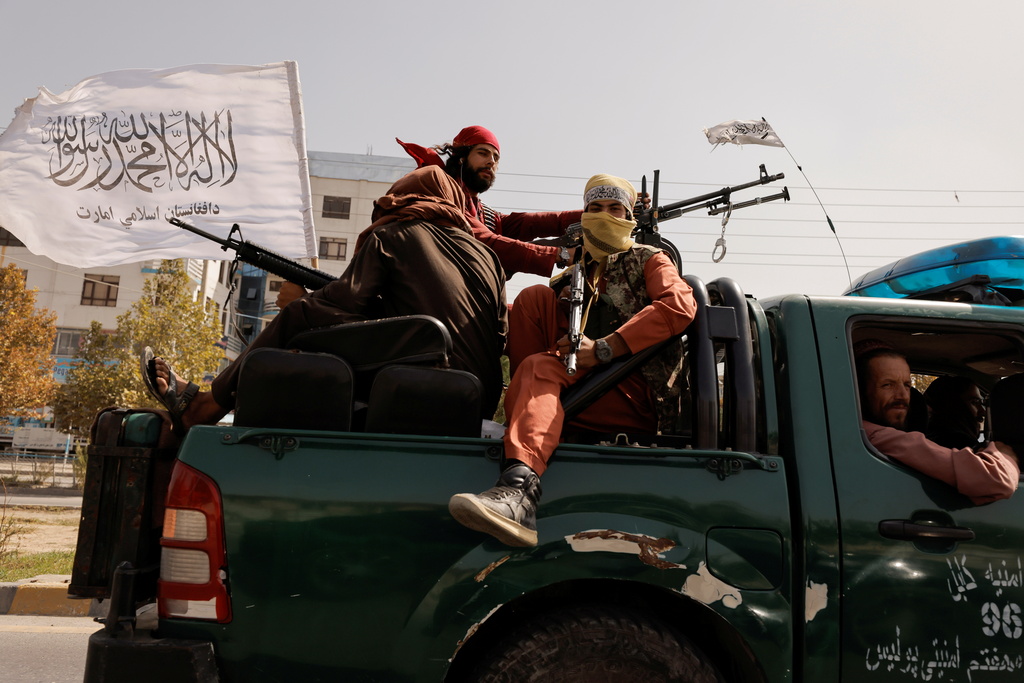 The Taliban killed at least 11 members of the Afghan forces belonging to the Hazara ethnic group in the central province of Daykundi, shortly after they took power in Afghanistan, according to a new report from Amnesty International.

On August 30, a convoy of 300 Taliban fighters entered Khidr district and killed at least 11 former members of the Afghan National Security Forces (ANSF), nine of whom were taken to a nearby river basin where they were executed shortly after having surrendered, the rights group said in its report published on Tuesday.

A 17-year-old girl, identified by the name of Masuma, was killed in crossfire after the Taliban targeted Afghan forces who were attempting to flee the area. Another civilian, Fayaz, a newly-wed in his 20s, was also among those killed in the crossfire.

The ANSF members who were killed ranged in age from 26 to 46, Amnesty said. All the victims were Hazara, who were persecuted during the Taliban’s first stint in power between 1996 and 2001.

It is the second killing of Hazaras documented by Amnesty. At least nine Hazara men were killed by Taliban fighters in Ghazni province in July before the group captured power, Amnesty reported on August 19.

Both the Taliban and their rivals, the Islamic State Khorasan Province, ISKP (ISIS-K), an ISIL affiliate, have been accused of targeting the Hazara people, who make up the majority of Afghanistan’s Shia population.

By September 1, the Taliban had denied the killings. Saidqullah Abed, the Taliban appointed police chief for Daykundi, would only confirm that one of their fighters had been injured in the crossfire.

Raihana Azad, a former member of Parliament for the province, also verified Amnesty’s report to Al Jazeera, saying the events of August 30 amounted to “inhumane mass killings” carried out by the Taliban.

She said what transpired in Khidr was in direct violation of the Taliban’s claims of a nationwide general amnesty for former security forces and government workers.

“These cold-blooded executions are further proof that the Taliban are committing the same horrific abuses they were notorious for during their previous rule of Afghanistan,” said Agnes Callamard, Amnesty International’s secretary-general.

During their five-year rule in the 1990s, the Taliban were accused of massacring hundreds of Hazaras in the provinces of Balkh and Bamiyan.

Zaman Sultani, South Asia researcher at Amnesty International, said the killings in Daykundi follow a clear pattern by the Taliban.

He points to a statement that interviewees attributed to a senior Taliban official as proof: “I have killed people for the past 20 years. Killing is easy for me. I can kill again,” the official reportedly told Daykundi residents.

Azad, the former MP, said the Taliban’s abuses in Daykundi do not end with the killings.

She says that since the Taliban captured the province on August 14, a day before former President Ashraf Ghani fled the country, thousands of families have been forced from their homes in the Gizab and Pato districts of the mountainous province.

A list compiled by residents shows that as many as 20,000 families were forcibly displaced across at least 10 different villages over the last month and a half.

Daykundi residents speaking to Al Jazeera said that when the Taliban came to their homes, the fighters claimed that the families had been illegally occupying the land or that a Taliban shura had decided the land “belongs to the people”.

Azad says the wide swathe of lands taken by the Taliban makes their reasoning hard to believe.

“If it was just one village it may be possible that these were some kind of legal issues, but it doesn’t make sense that there are land disputes all across this many villages.”

She says many of the families had been living on their land for generations, “They had the deeds in their hands.”

Mohammad*, a resident of the Gizab district, is one of those people.

The 42-year-old says his wife and children were at home when the Taliban came to their doorstep demanding they vacate the property on September 23. Frightened and unsure of what to do, all nine people in Mohammad’s family left the house they had lived in for decades.

“I was a child when that house was built. I planted the trees outside it myself,” Mohammad said to Al Jazeera from Kabul, where his family now lives.

Before coming to the capital, Mohammad, a former education ministry worker, tried to appeal to the Taliban, but he says it was no use, even though the fighters who came to his house were from the same district as him.

“I tried to explain to the Islamic Emirate, but they just said, ‘It’s been decided that your land now belongs to the people.’”

Even his deed was of no use. He was told the decision was made in accordance with Islamic law. Like Azad, though, Mohammad has difficulty reconciling the Taliban’s justification, saying that even in a Sharia court, land disputes can take months, if not years, to settle.

“These things don’t just happen in a matter of weeks,” Mohammad said.

Azad, the former MP, said that with the Afghan winter fast approaching, these forced evictions would lead to a humanitarian crisis in a mountainous province where it can take up to 14 hours to travel from a district to the capital of Nili.

“Without their homes and lands, these people have no financial means to move anywhere else, so they’re just left to live in tents in fields,” Azad said.

Daykundi is considered one of Afghanistan’s poorest and least-developed provinces. Most of the men in the province head off to other cities or Iran and Pakistan as teenagers to work as day labourers or in mines.

These forced displacements seem to be in line with other reports on the Taliban before their takeover of Afghanistan. In July, Human Rights Watch issued a report from the Northern province of Kunduz alleging the Taliban forced at least 400 families to flee their homes.

“The forced displacement of civilians is unlawful unless required for the security of the affected civilians or is absolutely necessary for military reasons. Retaliatory attacks are a form of collective punishment and are also prohibited,” Patricia Gossman, associate Asia director at Human Rights Watch, told Al Jazeera.

*Name changed to protect their identities.