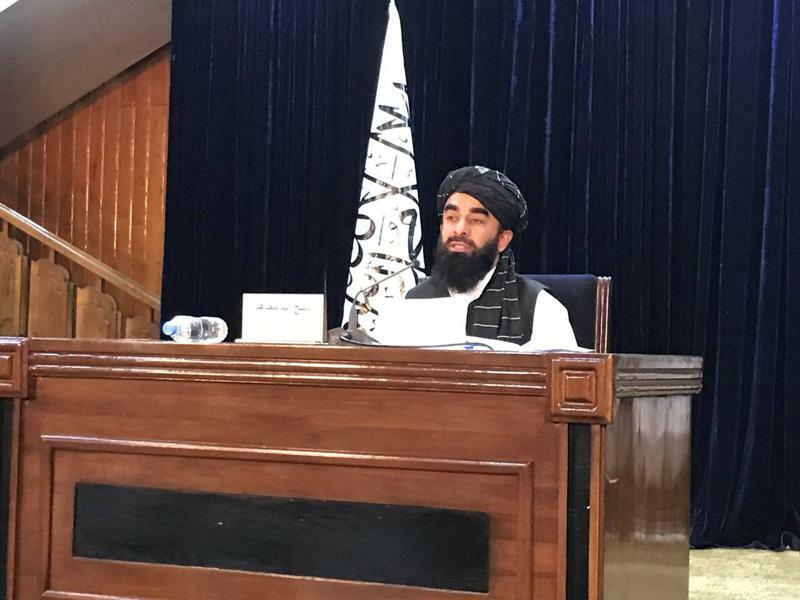 The Taliban introduced the interim leadership of its government Tuesday night in Kabul, multiple outlets reported, installing mostly familiar figures—including one of the U.S.’ most-wanted terrorists—giving a formal shape to the insurgent militia that toppled the U.S.-backed central government less than a month ago.

The prime minister of the acting government will be Mullah Mohammad Hassan, who was the Taliban’s deputy foreign minister in its first government, from 1996 to 2001, the BBC reported.

The new interior minister, Sirajuddin Haqqani, is on the FBI’s Most Wanted Terrorists list and heads the Haqqani Network, a division of the Taliban that U.S. intelligence agencies call “the most lethal and sophisticated insurgent group,” and which the State Department has labeled a Foreign Terrorist Organization since 2012.

The defense ministry will be lead by Mullah Mohammad Yaqoob, the son of Mullah Mohammed Omar, leader of the first Taliban government, Agence France-Presse reported.

The cabinet, which the Taliban’s spokesman promoted as ethnically diverse, does not include women, Bloomberg reported.

“We hope all countries in the world will recognize the legitimacy of our government and our Islamic regime,” spokesman Zabihullah Mujahid told reporters, according to Bloomberg.

The formal role of Mawlawi Hibatullah Akhundzada, the Taliban’s supreme leader since 2016, was not listed in the announcements Tuesday, the BBC reported, though he did release a statement saying that the new government would abide by international laws “not in conflict with Islamic law and the country's national values.”

The Taliban had been waiting to announce their government, the BBC reported, until they defeated the National Resistance Front (NRF), the rebel group based on Panjshir province. The Taliban claimed on Monday that its fighters had captured Bazarak, the provincial capital, but the NRF still plans to fight, the BBC reported Monday.

Biden administration press secretary Jen Psaki told reporters Tuesday that the U.S. is in no hurry to recognize the Taliban’s government, Bloomberg reported. Their recognition, she said, is “dependent on what steps the Taliban takes.” Secretary of State Antony Blinken said in August that the U.S. could recognize a government that “uphold[s] the basic rights of its people, including women and girls,” and one that “doesn’t harbor terrorists.”

The Haqqani Network—founded by Sirajuddin’s father, Jalaluddin, in the 1970s—was given money and weapons by the Reagan administration to fight the Soviet Union, which occupied Afghanistan for most of the 1980s. Reagan praised Haqqani and called him a freedom fighter, according to NPR.

Who Runs The Taliban? These Are Some Of The Group's Top Leaders. (Forbes)