Taliban fire in air as protesters, many women, rally in Kabul 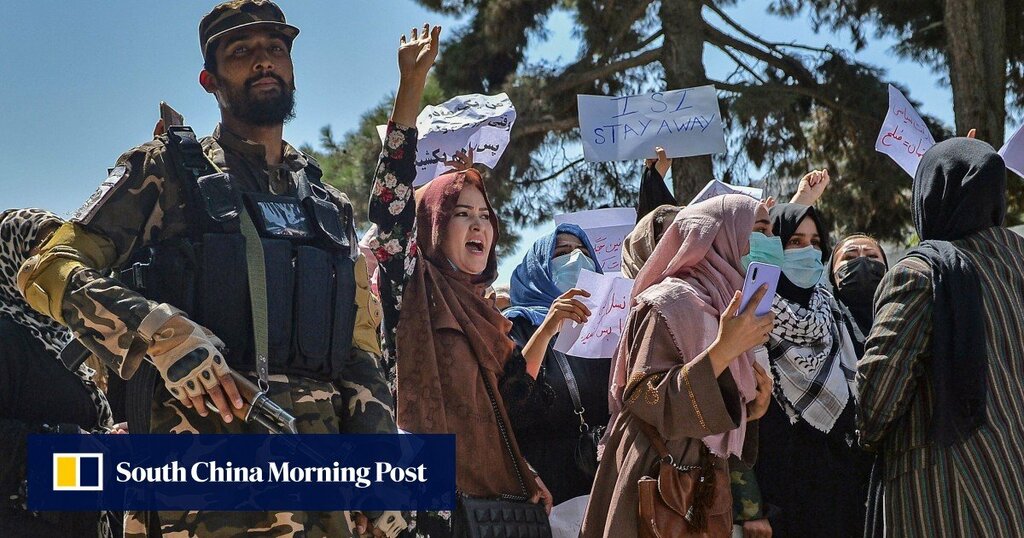 The Taliban on Tuesday fired shots into the air to disperse crowds who had gathered for an anti-Pakistan rally in the capital, the latest protest since the hardline Islamist movement swept to power last month.

The Islamists have yet to announce a government, but Afghans – fearful of a repeat of the group’s previous brutal reign between 1996 and 2001 – have staged small, isolated demonstrations in cities including the capital Kabul, Herat and Mazar-i-Sharif.

On Tuesday at least 70 people, mostly women, rallied outside the Pakistani embassy, holding banners and chanting against what they said was meddling by Islamabad, who have long been accused of having close ties to the Taliban movement.

Pakistan’s intelligence chief Faiz Hameed was in Kabul at the weekend, reportedly to be briefed by his country’s ambassador but is likely to have also met with Taliban officials.

The previous day, a small group of women in the northern city of Mazar-i-Sharif gathered in a protest for their rights.

Defiant women also came together in Herat last week demanding they be allowed to participate in the new government.

Tuesday’s demonstration comes after the Taliban claimed total control over Afghanistan a day earlier, saying they had won the key battle for the Panjshir Valley, the last holdout of resistance against their rule.

Following their lightning-fast victory in mid-August over the former Afghan government’s security forces and the withdrawal of US troops after 20 years of war, the Taliban turned to fighting the forces defending the mountainous Panjshir Valley.

As the Islamist hardliners claimed victory, their chief spokesman warned against any further attempts to rise up against their rule.

“Anyone who tries to start an insurgency will be hit hard. We will not allow another,” Zabihullah Mujahid said at a press conference in Kabul.

As they undertake a mammoth transition into overseeing key institutions and cities of hundreds of thousands of people, Mujahid said an interim government would be announced first, allowing for later changes.

Afghanistan’s new rulers have pledged to be more “inclusive” than during their first stint in power, with a government that represents the country’s complex ethnic makeup – though women are unlikely to be included.

Women’s freedoms in Afghanistan were sharply curtailed under the Taliban’s 1996-2001 rule.

This time, women will be allowed to attend university as long as classes are segregated by sex or at least divided by a curtain, the Taliban’s education authority said in a lengthy document issued on Sunday.

The Taliban are also grappling with looming financial and humanitarian crises.