The Taliban has ordered all female TV news anchors in Afghanistan to wear face coverings while on-air.

The ruling was announced on Thursday 19 May, to which only a few stations complied, but the Taliban’s Ministry of Vice and Virtue began enforcing it from Sunday with most female anchors seen with their faces covered on-screen since.

The order is a part of many limitations placed on Afghanistan’s women and girls by the Taliban since the group took over the country in August 2021 after US forces left the nation.

Sonia Niazi, a TV anchor with channel TOLOnews, shared her reaction to the new ruling.

She told AFP news: “We resisted and were against wearing a mask but TOLOnews was pressured and told that any female presenter who appeared on screen without covering her face must be given some other job or simply removed.

“TOLOnews was compelled and we were forced to wear it.”

The Taliban’s Information and Culture Ministry previously announced that the ruling was “final and non-negotiable”.

Another TOLOnews presenter, Farida Sial, told the BBC: “It’s OK that we are Muslims, we are wearing hijab, we hide our hair, but it’s very difficult for a presenter to cover their face for two or three hours consecutively and talk like that.

“[The Taliban] want to erase women from social and political life,” she said.

Khpolwak Sapai, the channel’s deputy director, said in a Facebook post on Sunday: “We are in a deep grief today.”

The Taliban was last in power in Afghanistan from 1996 to 2001 and imposed many restrictions on women, such as requiring them to wear the burqa - a loose garment covering the entire body including the eyes - in public and barring them from education.

When they seized power of the country again in August, rulings for women were initially more relaxed but the group has since made a sharp U-turn, sparking international condemnation and criticism from human rights organisations.

The rulings include instructing women to only leave home only when necessary, male relatives facing jail time for women’s dress code violations and barring girls from attending secondary school. 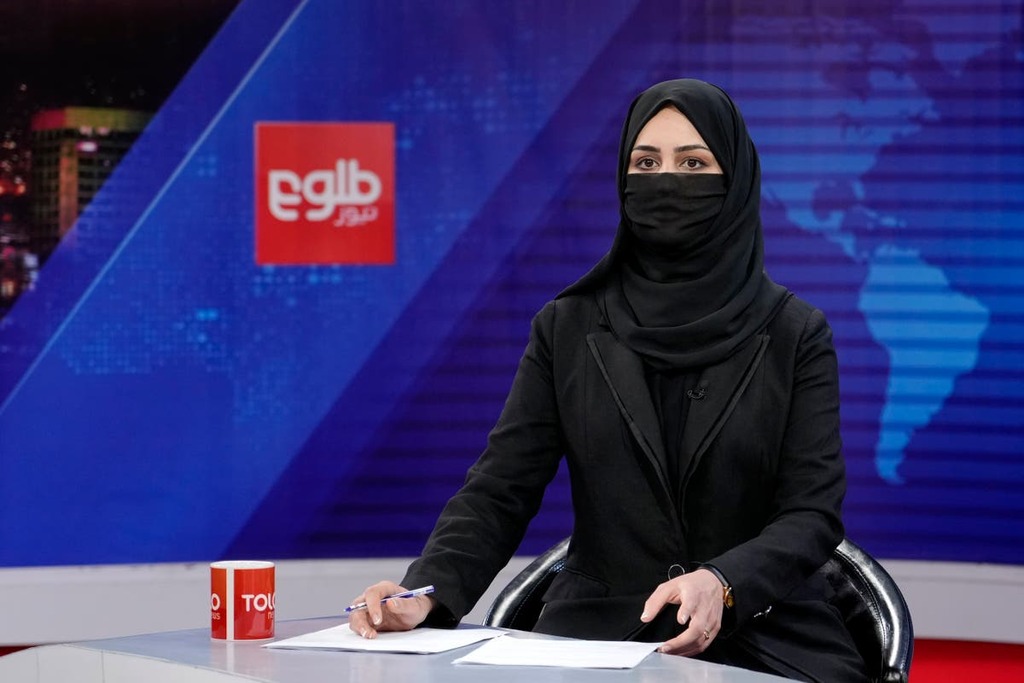 Most female presenters were seen with their faces covered while on air on Sunday.