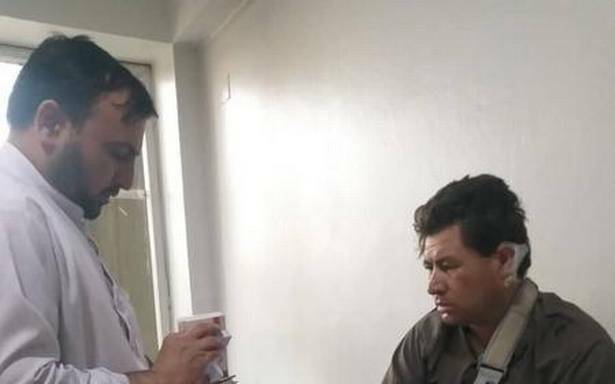 The Taliban’s crackdown on protesters in Kabul on Wednesday shook the student community of the South Asia University (SAU) here as one of the protesters who was beaten up is a second year Ph.D. scholar of the Department of Sociology. The university draws a large number of students from SAARC member countries annually.

The student, Habibullah Farzad, was protesting against the Taliban along with a large group of women in western Kabul when he was beaten up and taken into custody. Sources among the protesters told The Hindu that Mr. Farzad was taken into a Taliban-run police station where he was forced to change his bloodied clothes. Mr. Farzad, an ethnic Hazara from Ghazni, has a residence in Kabul where he has been staying pending his return to the SAU.

The Taliban also attacked journalists who were covering the protest and were left with horrific injuries because of the beatings and lashes.