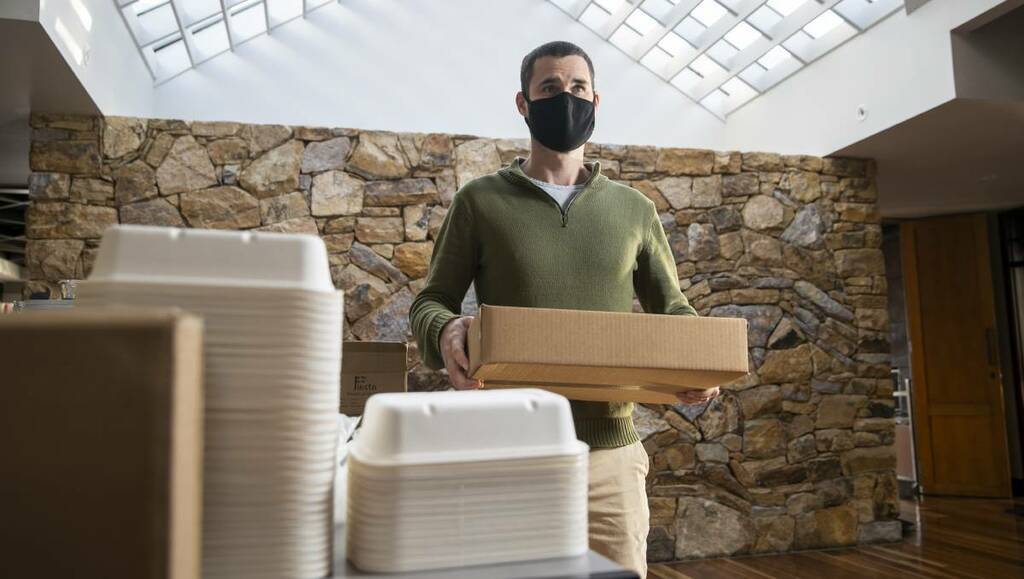 ACT Chief Minister Andrew Barr used Monday's COVID update to inform the business community authorities had moved past the engage and educate phase for those who continued to flout the rules.

"We are now moving beyond warnings," Mr Barr said.

"Repeat offenders will have to be closed."

The crackdown came after one weekend compliance check found eight out of 10 businesses were in breach of the rules.

Hospitality venues were named as the main culprits, with staff reportedly failing to heed the warnings regarding the correct wearing of masks.

Health authorities advised staff were also repeatedly failing to check in at work.

The Boat House owner James Souter said hospitality had been given a lifeline by being allowed to operate under strict conditions during lockdown.

Mr Souter said having some venues not comply risked tarring the entire industry with the same brush.

"It feels like some venues are taking that privilege for granted, so I would call it pretty disappointing," he said.

The Boat House has run a contactless takeaway service which sees customers nominate a pick-up time and masked employees dropping food to the boot of customers' cars.

Mr Souter said a failure to comply with mask rules from what was hopefully just a few operators did not represent the industry as a whole.

"It certainly doesn't represent our business," he said.

Asked whether the ACT government would begin naming and shaming repeat offenders, Minister for Business Tara Cheyne said appropriate regulatory action would be considered for businesses which continued to demonstrate serious disregard for the law.

Ms Cheyne said generally inspectors were reporting a high level of compliance, however, face masks continued to be an issue.

She said the flouting of mask rules had been observed most frequently out the back of hospitality venues, including in kitchens.

"It is important that all businesses authorised to operate during the lockdown restrictions fully understand their obligations and ensure that all staff are fully complying with the requirements to operate in a COVID-safe way," Ms Cheyne said.

"This is not only important for protecting everyone's health during the COVID pandemic response, but also from a work health and safety perspective."

ACT Policing, Access Canberra and WorkSafe ACT conducted 37 business compliance checks on Sunday, as well as 376 traffic stops. There was 13 new cases of COVID-19 in the 24 hours up to 8pm on Sunday.

Ms Cheyne said the ACT government had been engaging with industry stakeholders regularly and would continue to do so in what would be a very gradual easing of restrictions over the coming weeks and months.

The government will make further announcements about its roadmap out of lockdown on Tuesday.