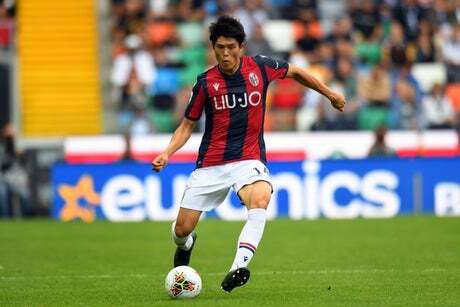 Takehiro Tomiyasu has been given the green light to make his Arsenal debut on Saturday against Norwich after his work permit was approved.

The versatile Japan defender - comfortable at right-back or in central defence - completed a £16million move from Serie A side Bologna to Emirates Stadium on transfer deadline day last week.

Tomiyasu met with Arsenal boss Mikel Arteta for the first time on Thursday, after being on international duty this week, and trained with his new team-mates.

On Thursday morning, however, the 22-year-old was waiting to have his work permit approved following his move to north London. Without it, the Japan international would not have been able to make his debut against Norwich on Saturday.

Tomiyasu was given the all clear on Thursday afternoon and he is now hoping to be in the squad for this weekend’s game.

Arsenal go into the match at Emirates Stadium looking for their first Premier League win of the season.