Takeaways in Liverpool everyone should try at least once 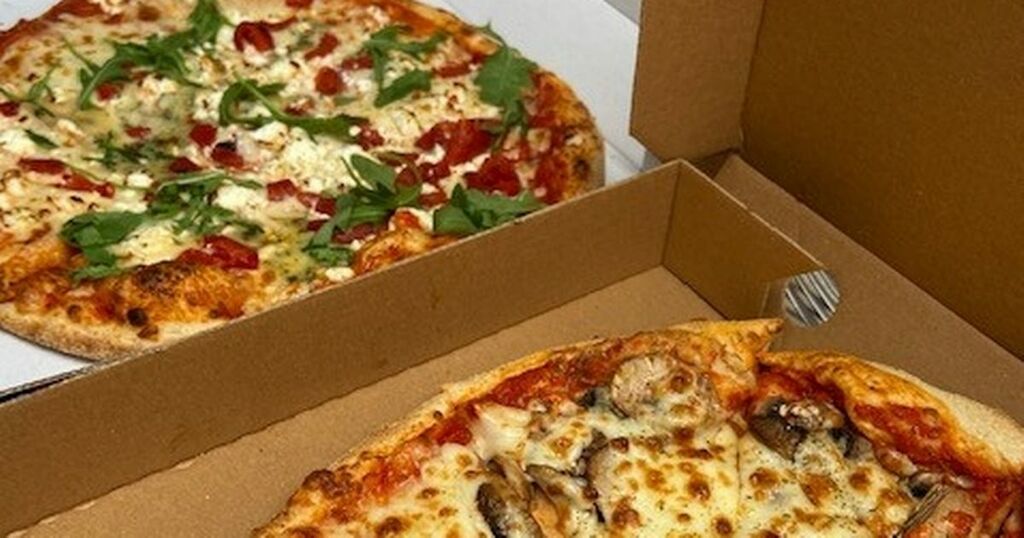 There's no shortage of decent takeaway joints in Liverpool and there's a number that are definitely worth placing an order with.

The coronavirus pandemic has had a major impact on the hospitality industry, and has in some instances led to the permanent closure of independent shops, businesses, restaurants and more, so where possible, it's worth supporting local businesses by placing an order.

The government's roadmap out of lockdown saw all restrictions lifted on July 19, with restaurants now back in action and welcoming customers indoors once again.

If you're not ready to say goodbye to your sofa, you can still curl up in the comfort of your own home with a delicious takeaway and Netflix.

Whether you're a food connoisseur or a novice keen to give anything and everything a go, there's something for everyone in Liverpool.

From comforting chippies and decadent pizzas to authentic nods to other parts of the world, we're spoilt for choice.

In no particular order, we've listed 19 takeaways everyone should try at least once.

Let us know in the c omments how many you've tried - or if we've missed your favourite.

19 Liverpool takeaways everyone should order from

A fully vegetarian and vegan takeaway chip shop with arguably one of the best names in the city. It dishes up traditional chippy offerings alongside a wide selection of Chinese food.

Phenomenally popular chippy Byrnes has two venues to keep up with demand for its famous fish and chips. Byrnes has been feeding the city since 1932.

Pizza Parlour first opened in 1977 and has built a loyal fan base in the city. The Smithdown Road venue has been a firm favourite in the city for years, thanks to offering residents and tourists a taste of Italy at home in Merseyside.

Also known as Rose Lane Chippy, Chris's is an award winning chip shop in Mossley Hill. It offers traditional fish and chips, as well as Chinese and Greek meals.

Frost Burgers has gained a reputation for offering convincing vegan burgers that even fool some meat eaters. It opened in 2018, founded by Youtube and Instagram star Monami Frost.

This Aigburth venue has been around for more than 60 years. It offers an extensive menu of English and Chinese dishes, alongside kebabs and burgers.

This vegetarian and vegan "junk food" restaurant is located in the city centre and has gained a loyal army of fans. Tucked away down a set of blink-and-you'll-miss-them stairs on Duke Street, it offers a menu packed with favourites like burgers, loaded fries, pasta, hotdogs and more.

Always a firm favourite among students, hen parties, stag dos, business people and more - this little takeaway now has four venues and remains a guilty pleasure no matter your age, occupation or shoe size. Make sure you get a portion of chips with its famous red salt.

Maggie Fu is a family owned, independent Asian restaurant with venues on Smithdown Road and Liverpool ONE. The restaurants serve up favourites including salt and pepper chicken, roasted three meats with choi sum and fried rice, as well as king prawn pad Thai.

Mamos specialises in huge pizzas which seem authentically Italian. After over a year of travel restrictions, this city centre spot can offer us all a taste of the stylish and metropolitan country which gifted us with pizza and pasta.

If there's one thing Liverpool isn't short of, it's chip shops. Lobster Pot is yet another worthy offering to indulge in, serving generous portions of traditional fish and chips at multiple city centre locations.

Ohannes Burger prides itself on using only the freshest ingredients, making all its own burgers and sauces fresh, daily. The only thing it doesn’t make is the buns. Its menu boasts a wide range of burgers, from buttermilk chicken to pulled beef.

This restaurant is part of one of the country's fastest growing chains, with a vast menu offering everything from the Original German Doner Kebab, the GDK Boss Box, the lower calorie KCal Kebab, vegetarian options and more.

This Asian favourite serves up everything from traditional Chinese meals to Liverpool favourite salt and pepper chicken.