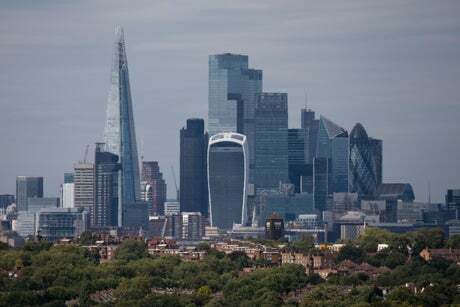 The amount of central London office space signed for has reached its highest monthly figure since the start of the pandemic, new data shows.

A number of pre-let deals, firms that sign for space before the building completes, helped lift take-up in central London in August to 815,700 square feet.

Property agent CBRE, which calculated the figures, said the August figure was up 63% from the prior month. However, it also pointed out that is still below pre-Covid levels, with the 10 year monthly average being 1 million square feet.

Last month’s improvements come as employers look at post-pandemic workspace plans. While some are axing space, there are certain businesses hunting for more room, wanting staff in more modern and spacious offices.

CBRE said in August there were seven buildings with more than 100,000 square feet under offer, with deals nearing.

The firm’s Rob Madden said: “The London office market is making real strides in its recovery as confidence returns and companies continue to enact their return to work policies. We anticipate a continued improvement in the market.”

Landlords will have to grapple with many companies wanting more flexible space options. Numerous bosses have said they plan to offer staff a mixture of home and office hours.