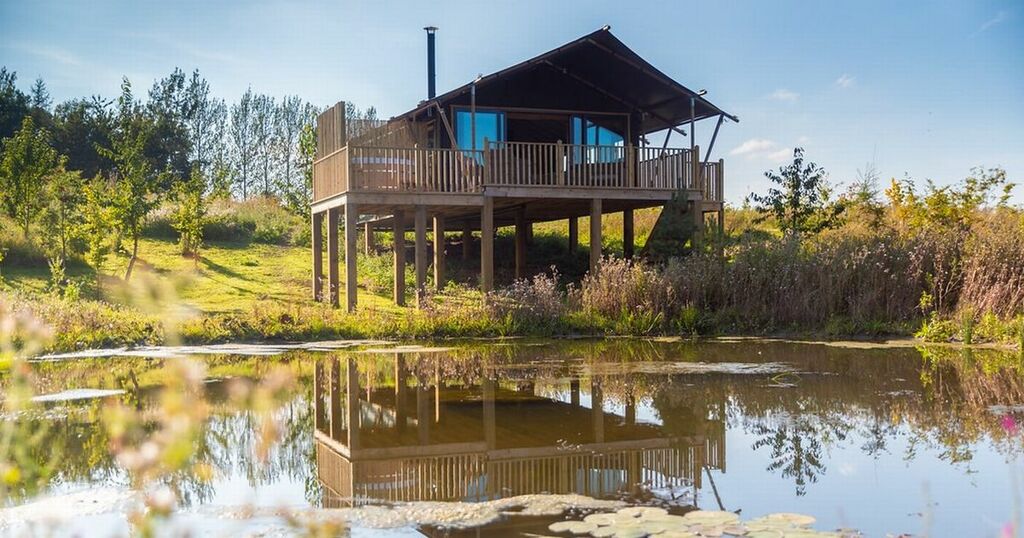 A 'luxury boutique' glamping site in Nottinghamshire offers guests a unique stay in the county at a site only 20 minutes from the city centre.

Birdholme Glamping, in Stanton-on-the-Wolds near Keyworth, is a glamping site with five safari lodges raised on stilts in a woodland and wildflower meadow setting that are each kitted out with their own hot tubs.

The site only opened in October 2019 and was forced to close for around a year in total due to Covid-19.

The picturesque glamping site is a family run business and it is proving popular, with all lodges booked up now until November.

Peter Hinchley runs the site with his wife and two daughters on land that has been in his family for decades. He originally tried to revamp the site 25 years ago but faced difficultly with planning.

After being given the green light, the site has steadily attracted visitors from across the country when it has been open.

Peter, 52 and a resident of Epperstone, near Lowdham, said: "We opened in October 2019 and then we shut down in March and opened again in July. We shut down again in November before finally reopening in June this year.

"We spent a year building the site before we opened and over the lockdown we added another lodge, too.

"My parents farmed the lands around there so that's how we got the land. My father planted around 7,000 trees there so we needed something to help us maintain it all as a business.

"The lodges are fully insulated and with fitted bathrooms, a dishwasher, and underfloor heating. They all have high-speed wifi too.

"It's like a fancy apartment in the middle of a wildflower meadow. It feels like you could be anywhere, let alone so close to Nottingham.

"The lodges are all on stilts so they kind of look like chalets. We did that because it meant we did not have to change or disturb the landscape as much.

"We get all sorts of birds and ducks here because of the landscape. The wildflower meadows have pathways mowed so people can go for walks through it all.

"Since July last summer, we have been fully booking when we were open and we are fully booked until November so it's been busy."

The luxury accommodation on the site can be booked on the Birdholme Glamping website with prices for couples at the Brimstone lodge starting at around £640.00 for four nights.

It's not all been plain sailing at Birdholme, however, as cancelled bookings during the pandemic needed to be rescheduled.

The site sits in 17-acres of natural landscape and is an ideal place for couples, families, and small groups to stay in Nottinghamshire.

"People seem to really love it. Someone can recently and checked in at 4pm. By 7pm, they had booked another stay.

"We operate self-check-in so we really leave guests to it as well.

"We did a lot of research and I think staycations were on the rise before Covid. In the six months we were open before Covid, we had already done what we aimed to achieve in a year.

"People do not know we are here and we kind of like that. Some people didn't even know we had been open for six months at first."