By Helen Davidson in Taipei 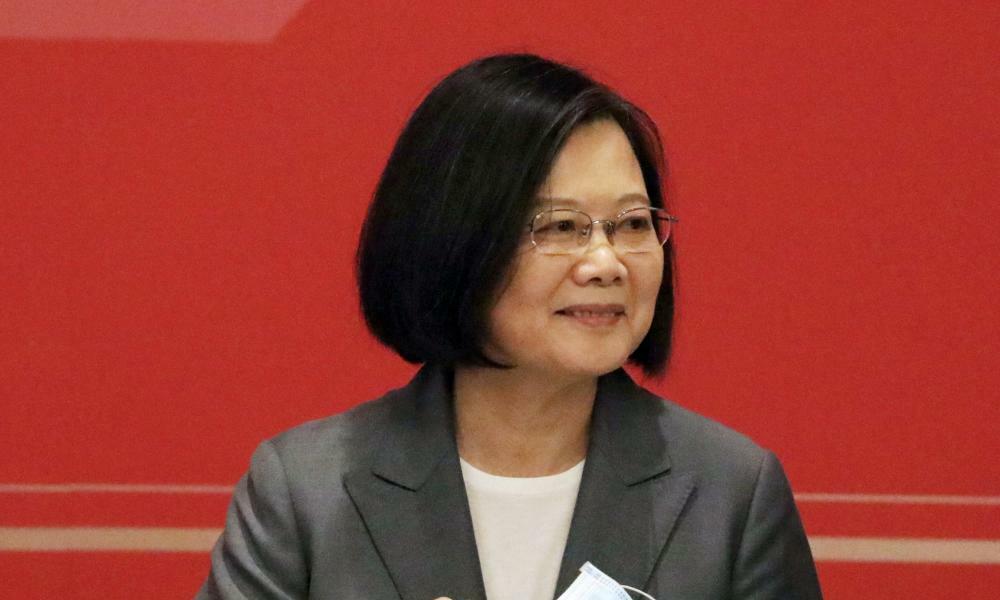 Taiwan is committed to defending its democracy against an increasingly aggressive China, the island’s president has vowed, warning of “catastrophic consequences” for the region should it fall.

The comments from Tsai Ing-wen, in an essay published on Tuesday, came amid record-breaking incursions by Chinese warplanes into its air defence zone. On Tuesday Taiwan’s premier, Su Tseng-chang, said the “over the top” activity violated regional peace, and Taiwan needed to be on alert.

China’s People’s Liberation Army (PLA) has sent nearly 150 planes into Taiwan’s air defence identification (ADIZ) zone in the first four days of October, in what mainland figures and media have labeled a demonstration of strength but which world governments condemned as an act of intimidation and aggression.

Writing for Foreign Affairs magazine, Tsai stressed Taiwan’s desire for peace but said “if its democracy and way of life are threatened, Taiwan will do whatever it takes to defend itself”.

However she also urged other nations to “understand the value of working with Taiwan”, against the broader threat posed by Beijing. “And they should remember that if Taiwan were to fall, the consequences would be catastrophic for regional peace and the democratic alliance system.”

Beijing claims Taiwan as a province in China, and has pledged to take it, by force if necessary. It considers Tsai’s government to be separatists, but she has said Taiwan is already a sovereign nation with no need to declare independence, and has no wish for conflict.

“Amid almost daily intrusions by the People’s Liberation Army, our position on cross-strait relations remains constant: Taiwan will not bend to pressure, but nor will it turn adventurist, even when it accumulates support from the international community,” she said.

Few countries formally recognise Taiwan, a situation which Tsai said had compelled Taiwan to think asymmetrically, forming unofficial partnerships and agreements, and contributing to international bodies as a non-state party. With growing ties around the world, Taiwan was an increasingly important democracy, trading partner and global supplier, and a crucial segment of the first island chain, which stretches from northern Japan to Borneo, Tsai said.

“Should this line be broken by force, the consequences would disrupt international trade and destabilise the entire western Pacific,” she said. “In other words, a failure to defend Taiwan would not only be catastrophic for the Taiwanese; it would overturn a security architecture that has allowed for peace and extraordinary economic development in the region for seven decades.”

Analysts debate how imminent the threat is, but this week’s escalation of what had already grown to be near daily sorties, alarmed observers and prompted rebuke from various countries.

On Tuesday, Japan’s foreign minister, Toshimitsu Motegi, said he hoped Taiwan and China were able to resolve the issues peacefully. He said Japan was weighing up possible scenarios in order to make its own preparations.

It followed comments from Australia’s government and the US state department urging Beijing to cease its threats or use of force. The White House also said it was in private communications through diplomatic channels, about China’s actions regarding Taiwan.

Taiwan’s foreign minister announced on Tuesday a group of French senators will visit the island this week.

Taiwan hopes to provide a deterrence to China through strong international ties and investment in its defence capabilities, including arms purchases through the US.

“Such initiatives are meant to maximise Taiwan’s self-reliance and preparedness and to signal that we are willing to bear our share of the burden and don’t take our security partners’ support for granted,” Tsai said.

Taiwan was “fully committed to collaborating with our neighbours to prevent armed conflict in the East China and South China Seas, as well as in the Taiwan Strait”.