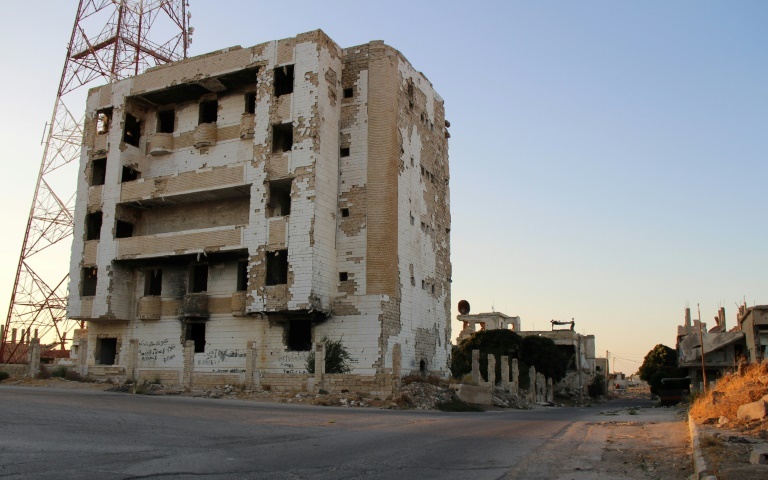 Daraa province and its capital of the same name, the cradle of Syria's uprising, returned to government control in 2018 under a previous Moscow-backed ceasefire.

But rebels remained in some areas, including the southern part of the city called Daraa al-Balad.

Regime forces have stepped up their shelling of that area since late July and imposed a crippling siege on its residents, sparking retaliation from fighters inside.

Russian mediation efforts throughout August led to the evacuation of dozens of opposition fighters to Syria's rebel-held north, and a final ceasefire deal on Wednesday last week.

They "hoisted the national flag and started setting up positions and combing the area towards announcing it free of terrorism", it said, using its usual term for rebels.

The latest version of the surrender deal provides for Russian military police to deploy around Daraa al-Balad and the Syrian army to set up checkpoints inside.

It will also allow fighters and young men who avoided mandatory military service to sign up to stay in the city.

Pro-Damascus radio broadcaster Sham FM reported that around 900 men had already signed up to do this.

Those who refuse the terms of the surrender are expected to be evacuated at a later date.

The Syrian Observatory for Human Rights, a Britain-based war monitor with sources inside Syria, said the army was expected to deploy at nine positions inside Daraa al-Balad.

It was also to inspect homes inside the former opposition neighbourhood and continue registering people who wished to stay.

The Observatory and activists from Daraa however said dozens of opposition fighters were still present in a district and inside a displacement camp on the edges of Daraa al-Balad, awaiting the outcome of ongoing negotiations about their fate.

Activists now expect regime forces to seek to fully retake other patches of the Daraa countryside that have remained outside their control since the 2018 deal.

Although bombings and assassinations had remained rife around the province since then, the escalation in Daraa al-Balad this summer has been the most violent in three years.

It has killed 22 civilians including six children, as well as 26 members of the regime forces and 17 opposition fighters, the Observatory says.

The fighting has caused more than 38,000 people to flee the southern half of the city, the United Nations has said, amid international alarm over deteriorating living conditions inside.